China, US trade tensions will reverberate across emerging markets

Although talks between China and the United States at the G-20 meeting produced positive headlines, this truce in the trade dispute is no peace treaty. These two nations remain locked in a spiralling trade war. Republicans losing control of the US House of Representatives will not constrain the Trump administration from escalating the trade tensions. But, it may unshackle the White House in its talks with China. President Trump is unlikely to settle, but will rather escalate the trade skirmish into a full-scale trade war as he attempts to regain the initiative and create a base for his re-election campaign in 2020. Emerging-market equities will remain under pressure until more robust Chinese policy measures are enacted.

President Trump will no longer exclusively set the news agenda.

The Democrats reclaimed the majority in the House in the November midterm elections, and Republicans expanded their majority in the Senate by at least two seats.In January 2019, the new Congress will be sworn in. Many uncompleted policy objectives of the administration are now highly improbable as fiscal policies must originate in the House. The newly empowered opposition will seek to challenge the administration as new committee chairs will have the power to set the policy agenda and subpoena witnesses, including Cabinet officials. In short, the Democratic committee chairs will provide tougher oversight than the Republicans did, and President Trump will no longer exclusively set the news agenda. Consequently, the Trump administration will look to trade and foreign policy in its second act — areas in which the Executive branch traditionally has maximum degrees of freedom.

Renegotiating trade practices has become a central tenet of Trump's presidency. Financial markets expect a successfully completed agreement with China after much bombast, much like what happened with the renegotiated trade deals with South Korea, Canada, and Mexico. The Trump administration, while capricious at times, is likely to disappoint. Left with the inability to set the fiscal priorities and the news cycle, President Trump will find it politically convenient not to settle with China on trade.

Bashing China will prove popular with the Upper Midwest blue collar workers who played a crucial role in delivering a Trump victory in 2016. Moreover, many in Trump's inner circle view China as the main geopolitical competitor where trade is but one dimension of the growing rivalry. The Chinese narrative from the Trump administration has already morphed from intellectual property protection to one of cyber-hacking US elections, spying using technology embedded in hardware, and ending visas for Chinese students.

The implications of a trade war are clear. Production in manufacturing industries will become less efficient, and that will have negative implications for end consumer prices and margins for entire supply chains. Reduced confidence slows business investment and retail consumption, which impedes global economic growth. Multinationals will become targets for retaliation such as tax investigations and delayed mergers and acquisitions' regulatory approvals. To partially offset the pain, Chinese authorities will weaken the renminbi with negative implications for other emerging-market currencies and commodity prices. From a geopolitical perspective, emerging and developed countries may drift into China's orbit given the unpredictable and unfriendly US trade policy.

Countries may drift into China's orbit given the unpredictable and unfriendly US trade policy.

So far, China's response in supporting its economy and retaliating against US trade actions has been muted. Policy makers in Beijing continue to hope for a negotiated settlement and are reluctant to reverse their deleveraging policy. Because a majority of emerging economies trade more with China than with the United States, concerns about China's economic trajectory reverberate loudly across emerging markets.

Still, there are promising signs that Chinese infrastructure investment and industrial production are stabilising. But this is insufficient to change investor sentiment as retail sales and private business confidence remain weak. The pressure on emerging markets will remain until Chinese policy makers take sufficiently robust measures to reverse the economic pressure caused by the escalating trade war.

As of 4 December 2018. For use with institutional investors and investment professionals only. This material is not intended as an offer or solicitation for the purchase or sale of any financial instrument, or any Putnam product or strategy. References to specific asset classes and financial markets are for illustrative purposes only and are not intended to be, and should not be interpreted as, recommendations or investment advice. This material does not take into account any investor's particular investment objectives, strategies, tax status, or investment horizon. Investors should consult a financial advisor for advice suited to their individual financial needs. Putnam does not guarantee any minimum level of investment performance or the success of any investment strategy. Actual results could differ materially from those anticipated. Past performance is not a guarantee of future results. The information provided relates to Putnam Investments and its affiliates, which include The Putnam Advisory Company, LLC and Putnam Investments Limited®. 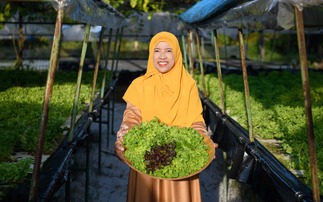 The 2030 deadline for the UN Sustainable Development Goals (SDGs) is fast approaching, but progress so far has been much too slow. 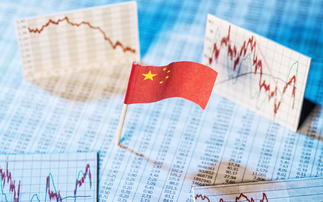 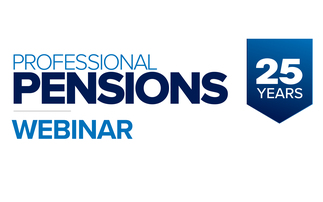 Exploring the key issues around both emerging market debt and equities