How Haywood and Padgett rose to the AE challenge

Haywood and Padgett is a family owned bakery in Barnsley, South Yorkshire. The business counts most of the UK's biggest supermarkets among its customers - but also exports its baked goods as far as Australia and Japan.

The organisation is a growing one seeing a 27% rise in employees since early 2014.

But crucially, as HR manager Diane Jepson explains, prior to auto-enrolment it did not have a company pension scheme.

"Yes, we were very much the target audience of AE. We didn't have a pension scheme at the time so it was very new to us," she says.

"We were looking forward to it because we always want to increase our employee benefits, so we could see it would be good for our staff if they wanted to embrace it.

"From a management point of view we had to think about putting the right systems in place. But we weren't sure if it was going to be extra work or not so that's why we started early and why I'd recommend planning 12 months in advance," she added.

Having understood what was required of it using The Pensions Regulator resources, the firm then involved the employee consultative council to start letting the wider workforce know what was coming and what to expect.

Jepson supported this with her own on-site communications including posters, slogans and message board notices.

But the biggest indication of the work ahead came when questions about pensions and auto-enrolment were included in the staff questionnaire.

"We built into the employee survey questions asking what they knew about the government's ‘We're all in' AE campaign that was going on nationally and did they think they would be likely to remain in the AE scheme?" she says.

"They did need more education. We distributed 124 and received 39 back. With two- thirds not responding, the figures were so small that it made us realise people were either not interested or just didn't think it was going to happen."

As part of the next step in the process it asked intermediary Informed Financial Planning (IFP) to support the introduction of the scheme.

IFP produced a factsheet explaining details of how the scheme would work and what contributions would be for employees on typical pay scales.

"We made it into a letter from the managing director to every individual employee, so we got personal with it without being biased," continues Jepson.

"Then we had open surgeries where IFP came in to answer questions. We work 24 hours so we arranged for people to come up and have surgeries if they wanted during their working hours. We run 12-hour shifts between 7am and 7pm and they did evening shifts as well as day shifts to help those staff," she adds.

This was a priority for Jepson as she wanted to ensure the whole workforce was given access to the same information at the same time to avoid any misunderstandings being shared.

As part of installing the scheme, one of the trickier aspects was collecting email addresses for all employees as this was how the chosen provider preferred to contact members.

While this is not a problem in companies with large office-based workforces, it proved more problematic for the largely manual labour force at Haywood and Padgett.

A further dynamic was the large number of employees originally from eastern Europe.

"A quarter (23%) of our employees are from eastern Europe, but our business language is English," explains Jepson.

"We've ensured that even though they can get by in English with regards to health and safety, we have sat with them and used translators and made sure that they understand it and they are in the scheme. As a result there might only be one person from this group that has opted out," she adds.

This success has been echoed across the rest of the scheme since its May 2014 staging.

At last count there were 112 pension scheme members out of the workforce of 143, with just 21 having opted-out.

Most of those to opt-out are from the sizeable older workforce in their late 50s and 60s, but the younger generation have embraced the scheme.

Many under-22 who were not eligible to be automatically enrolled have taken up the opportunity to save for their retirement and requested to be entered anyway - proof that the time and energy invested by Jepson and her team was worth it.

A word to the pension wise 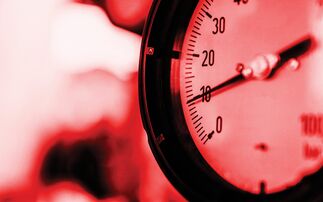