An open letter to Amber Rudd

As Amber Rudd takes on her new brief as work and pensions secretary, Rory Murphy offers her some suggestions as to how to tackle some of the key issues facing the industry.

Many congratulations on your appointment! In the spirit of support and co-operation that I hope you'll find among colleagues across the broader pensions industry, I wanted to highlight a few issues that may or may not be on your departmental radar, and perhaps suggest some constructive ideas on how to address them.

Firstly, a quick win, if not necessarily an easy one - the Pensions Dashboard. The pensions industry has been slow to adopt technology, and a digital platform of this kind would enable millions of scheme members to easily access digestible and useful information about their pensions, in a roughly similar way to how many already engage with their banks. Your predecessor seemed unconvinced by the merits of the dashboard, so an early confirmation of your commitment to it would be both popular within the industry and - more importantly - good news for consumers.

Secondly, a more long-term project, but no less worthwhile. As well as talking to consumers through the digital media they are increasingly using, why can't we also use language they understand?

As you will no doubt have discovered since starting the new job, the pensions industry has repeatedly demonstrated a dismaying predilection for the excessive, prolonged and not infrequently unnecessary utilisation of complicated, onerous and obfuscatory linguistic interface scenarios (I paraphrase…).

If I, as a pension trustee, and maybe even you, as the cabinet minister responsible for pensions, can't understand large amounts of this gibberish, what hope does the consumer have?

As an example - is 'default' really the best word we can come up with for a type of pension investment fund that more than 90% of defined contribution pension members are in? Better financial awareness throughout the educational journey has a role to play, and I have been working with others in the financial services industry on commissioning a series of animated films aimed at introducing children to basic financial concepts, including saving.

But perhaps it might also be useful to have a thorough review of the whole language of pensions. After all, a pension is really no more complicated than a bank account. If people can understand their day-to-day finances - income, outgoings, savings etc - there's no reason they shouldn't also have a clearer idea of how much they're saving for retirement, what the tax benefits are, or whether they should be saving more.

This opaque language also obscures the genuine achievements of the pensions industry. Average pensioner incomes are now on a par with those of working age people. And day in day out, workplace pensions are delivering valued retirement income for millions of UK households. Though rarely recognised as such, workplace pensions are arguably one of the great welfare success stories of the past 50 years. We as an industry should be much more vocal about this, and it would be great if you, as work and pensions secretary, were to support us in doing so.

Finally, I would urge you to consider ways of encouraging a more diverse range of people to become pension trustees. The trustee's role has been a central pillar in the success of workplace pensions, supporting - and frequently defending - the interests of pension scheme members over the years. This has been achieved by a trustee population that has, until quite recently, been predominantly (like myself) middle-aged, white and male.

I'm convinced that a trustee base drawn from a more diverse gene pool would be in an even stronger position to represent members' interests, by challenging the status quo, asking awkward questions, holding advisers to account and bringing different views and ideas to the pension arena. In short, pension trustees that more closely reflect the demographic mix of their membership are in a better position to support them.

I wish you every success in your new role, and in common, I hope, with the rest of the pensions industry, stand ready to provide any help and support you may need.

Lothian Pension Fund gets new chief as Scott steps down 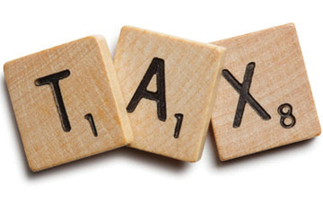