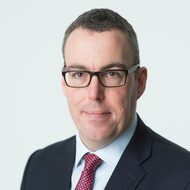 He started work as a journalist on a capital markets magazine called Central European in 2000 before joining an internet start-up called ii-Q.com, a pensions news service.

Jonathan has won a number of awards throughout his career - most recently the Society of Pension Professionals' Journalist of the Year Award 2019 - and is holder of the Pension Management Institute's Retirement Provision Certificate.

Outside of pensions, Jonathan enjoys spending time with his son, helping to run a Scout troop and trying (unsuccessfully so far) to improve his very sluggish 5km running time.

Altmann hits out at providers for pension positivity failure