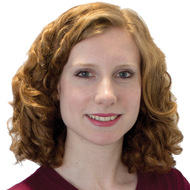 Stephanie Baxter is a financial journalist at Rhotic Media, and former deputy editor of Professional Pensions.

She joined Professional Pensions as chief correspondent in July 2014 before being promoted to news editor in 2016, and then deputy editor in 2017, before leaving the publication in 2019. In 2020, she joined Rhotic Media.

Stephanie has been a financial journalist for eight years.

She joined Professional Pensions from her role as online editor at Global Investor/ISF, a Euromoney-owned title covering the asset servicing, asset management and securities finance sectors.

Stephanie was awarded Journalist of the Year (Pensions) at the State Street UK Institutional Press Awards 2017.

Outside of pensions, Stephanie enjoys running, going to the theatre, ballet and music gigs.

Boris Johnson would be detrimental to pensions as PM, say Buzz peers

Boris Johnson would be detrimental to pensions if he becomes prime minister later this month, a majority of Buzz respondents said.

What does Woodford's fund suspension mean for schemes?

The suspension of the renowned manager's equity fund serves some important lessons and highlights the importance of properly managing liquidity, writes Stephanie Baxter

A former energy and climate change secretary has said that by continuing to invest in fossil fuel firms, pension schemes are just making the climate change crisis even worse.

Back to Buck: How the consultancy returned to its roots

After many changes in name and ownership over the past 22 years, Buck has gone back to its roots. David Piltz tells Stephanie Baxter why being smaller and nimbler is better

Scottish Equity Partners (SEP) has sold its portfolio of onshore wind farms across the UK and Ireland to the Pensions Infrastructure Platform (PIP) for £50m.

The challenges for small pension funds to buy out their liabilities are well-known. A solution has emerged and is set to become popular across the DB universe, writes Stephanie Baxter

One third of schemes have calculated transfer values for GMP equalisation

RPMI Railpen is in the next step in the journey towards achieving cost disclosure. Victoria Bell tells Stephanie Baxter about taking part in the Cost Transparency Initiative's pilot phase