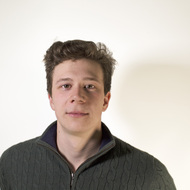 Regulator staff to be held accountable against new metrics

Chair steps down amid offer to create 'well-capitalised mutual'

LV= sets out explanation for sale to Bain Capital

Chancellor Rishi Sunak has plans to freeze the lifetime allowance for the rest of the current parliament in a "stealth tax" on the wealthy, according to reports.

Phoenix has bought the Standard Life brand from Standard Life Aberdeen as part of another wide-ranging deal between the two financial giants.

After speculation gained traction over the weekend, LV= has revealed it is in exclusive talks with Bain Capital over the sale of its remaining pensions and insurance business.