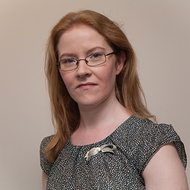 Helen is editor of Professional Pensions and has twelve years' experience of writing about pensions and retirement from both a retail and institutional standpoint.

She initially joined Professional Pensions in December 2003 as a features writer and was made editor in October 2014.

In addition to her work on Professional Pensions Helen also edited Retirement Planner, a magazine aimed at independent financial advisers for eight years.

While she has written on a range of retirement related topics over the years she specialises in at and post-retirement issues. She has appeared on the BBC's Your Money programme on several occasions and appears regularly on Share Radio.

In her spare time Helen is a keen runner with a number of half and full marathons under her belt. She is currently training for her first - and she believes her last - ultramarathon.

The mystery of personal trusteeship

Anna Copestake says trustees must think carefully about acting as trustees in their own name.

Savers must weigh up pros and cons of pensions versus LISA

Mel Duffield says savers should think carefully before deciding to choose a LISA over a pension.

The state pension triple lock is too expensive to keep long term according to Pensions Buzz respondents.

Mark Whitehead looks at what we can expect from the triggering of Article 50.

We need to focus on the practicalities of the pensions dashboard

Last year put geopolitical risk on the map for pension schemes. Charlotte Moore looks at how this can affect their portfolios

Helen Morrissey looks at what the auto-enrolment review needs to focus on.

Defined Benefit - one scheme to rule them all?

Where should AE go now?