Does the finance industry do a good job?

In a lecture in April, David Pitt-Watson outlined why he believes the finance industry needs reform. PP summarises his key arguments.

No one can be in any doubt about the importance of the finance industry, particularly those who work within it. It is the "nervous system" of capitalism - if it fails, so does the economy.

But few, even those who want to work in the industry, or who criticise it from the outside, have stepped back and asked "what is its purpose?" and "how well does it fulfil that role?".

In April, Pension Insurance Corporation hosted a lecture where London Business School executive fellow David Pitt-Watson (pictured) outlined his thoughts on this issue and previewed his new book, What they do with your money: How the financial system fails us and how to fix it, which he has co-authored with Stephen Davis and Jon Lukomnik.

Pitt-Watson - the former head of Hermes' Focus Funds and the Hermes Equity Ownership Service - says to find out whether or not the finance industry is doing a good job, you have to start by asking what its purpose is in the first place.

Pitt-Watson explains: "We have looked back through all the academic literature and haven't found more than a few articles where people are thinking fundamentally about what the purpose of the finance industry might be, among the thousands and thousands that are published about finance every year."

The purpose of the industry

Fundamentally, Pitt-Watson believes the finance industry does four key things. First, he says, it keeps our money safe; second it helps us transact; third, it helps share our risk; and fourth, it intermediates, taking money from point A to point B, where it is needed.

Pitt-Watson says we now take it for granted that you can put your money in the bank and can be sure that it will be there the next day. But he notes there are many people around the world who don't have that privilege.

Take Haiti for example. Pitt-Watson says that people in Haiti don't, in general, have access to banks at all, with groups of friends getting together to pool their money every week as an alternative.

Pitt-Watson says Bangladesh is another example of why the finance industry is so important for many people.

He says Bangladesh now has a rule meaning that, in order to get a central bank licence, banks need to offer a 10 taka account, meaning people can open a current account or a deposit account with around 8 pence - an initiative that meant street children started depositing any money they were given into accounts to prevent it being stolen.

He says: "Keeping your money safe is absolutely fundamental."

Pitt-Watson believes the same is the case with regards to the ability to transact among ourselves. He says this is shown in places like Kenya, where people now transact through a service called M-Pesa, a mobile phone-based money transfer service which allows users to send money via text message.

Prior to that, Pitt-Watson says, migrant workers from one part of Kenya, would leave their village, go and work on a big farm, and their wages would come in an armed vehicle - leaving workers with the problem of how to send the cash back to their family several hundred miles away.

He says: "Now, you do it all on your telephone."

Pitt-Watson says the sharing of risk through the insurance industry means most of us no longer need to worry about the financial consequences of many of the catastrophes of life - so, if we have a pension, we can know that we are going to have an income until the day we die.

The fourth point Pitt-Watson raises - the one he believes is perhaps the very most important function of the finance industry - is intermediation.

He points out that, in concept, intermediation is very simple - paraphrasing Lord Rothschild saying it is all about taking money from point A, where it is, to point B, where it's needed, so that people can buy homes, businesses can buy assets and economies can grow.

Pitt-Watson explains: "These four services underpin a successful economy. Indeed, they underpin it to such an extent that if you search back through the history books, you actually discover that some of the pioneers of the industry are thought of not as being wealthy, slick individuals, but as clergymen."

And he cites a more modern day example of this philanthropy with the case of Muhammad Yunus, the Bangladeshi social entrepreneur who was awarded the Nobel Peace Prize for founding the Grameen Bank and pioneering the concepts of microcredit and microfinance - lending money to poor people so they could improve their lot.

Pitt-Watson says: "Yunus wasn't doing anything that was terribly different, technically, from what less savoury lenders do. He was lending money to poor people. But he was doing it in a way that had purpose and in that sense it was totally and completely different."

He adds: "So, have no doubt, finance absolutely has a purpose -safe custody, payment systems, intermediation, risk reduction. It's really fantastically important."

This leads Pitt-Watson to his second question - does the finance industry do its job well?

He says if you were to ask that question to most people in this country, they would probably say no, because they would remember the financial crash of 2008 and they'll be saying that something went terribly wrong there.

Pitt-Watson says the person who probably expressed this frustration as well as anybody was the Queen who, shortly after the crash, went to the London School of Economics and asked an assembled group of experts why didn't anyone see it coming and questioned whether things had got a bit lax.

But Pitt-Watson believes the answer to Her Majesty's question wasn't that things had got a bit lax but the people who were commenting on the system - the International Monetary Fund, for example - had got it completely wrong.

However, Pitt-Watson says financial crises are nothing new - and have been increasing rather than decreasing in number.

Yet, he says we shouldn't just look at how many financial crises there are but also, perhaps, how efficiently the finance industry provides its services.

He says one person has done a study to try and work this out - and cites the work of Thomas Philippon of New York University, who measured the cost of intermediation by dividing the income of the sector by the quantity of assets it has intermediated from and to the outside world over the past 130 or so years.

Where we go wrong

Pitt-Watson says that, while the finance industry has a profoundly important purpose, it doesn't look like it's fulfilling that purpose terribly well. And he believes there are two or three key areas we are getting wrong when it comes to finance.

He believes one issue is the way we study finance and the way it is approached by the academic world - saying there could be something missing in the way we are studying economics and finance, with people failing to understand the relationship between what it is they are studying and its purpose.

Pitt-Watson says: "As I look at much of what it is that is being taught, I think, in our business schools and in our economic faculties, there is the danger it has divorced itself from the reality of how someone can save for their pension; how we can keep people's money safe; how we can transfer money; and how is it that we can make sure we are investing in things that are going to give us a sustainable return and make sure people can pay their pensions."

He adds: "It is not because what we're teaching is wrong - this is not a criticism of the discipline itself - it is just that it is one-dimensional. It's like suggesting to a biochemist that it's okay for them to practice medicine.

"Biochemistry is important for medicine but it doesn't tell you the whole story. So we need to think a little bit about the way we teach."

Pitt-Watson also believes we need to think a lot about the way we regulate - noting that regulators particularly like to regulate in a single market, where they decide how it is they can make that an open and competitive market and so on. That assumes an academic model where, if you have lots and lots of free markets, then it all ends up being great.

He explains: "The problem is that I don't think that's the way the world really works. And you have to be worried about something that people call the fallacy of composition.

"This is the belief that if you can see that one thing is right, then it will apply to all things taken together. The world is made of atoms - true. Atoms are invisible - true. The world is invisible - completely wrong.

Pitt-Watson also speaks about individuals as practitioners - noting he finds the economics around the finance industry quite challenging.

He says: "I have spent most of my life in the finance industry and I thought I was doing a really great job. And now I find we have achieved absolutely no productivity improvement and we have created crises. What is it that we are supposed to do about this?"

Pitt-Watson says his new book offers some answers and  believes that never losing sight of the purpose of finance is key - rather than just thinking about what it is possible to do.

"We need to construct markets so that they deliver for the ultimate consumer.  There are literally scores of things we could do to promote that outcome. One simple thing; tell people how much it costs to run their investment funds.

"We could regulate, not with pages of legislation but to create institutions which do the right thing in the first place. We need to revive the notion of fiduciary duty. We should not abuse academic and other expertise, pretending that we can predict uncertainties. If we did these sort of things the payoff would be huge.

"In the book we show how a Dutch pension saver, who sets aside the same amount as someone from the UK or the USA will get a 50% higher pension, because the Dutch pension system is designed more closely to purpose."

Finally, he believes we must never forget that financial services are a human system - and one where, if we remembered that and thought more about purpose, we might get to a place where the system starts to work considerably better.

Pitt-Watson concludes by saying the vital role of the finance industry means we need to solve the challenges it faces.

He says: "I can't think of any challenges of the 21st century that are solvable without the financial services industry. How do we take a billion people out of poverty? How do we develop infrastructure and technology to make human life sustainable on earth?

"How do we promote incomes so that people don't run out of money in their old age? How do we share the risks of health or ageing or human or natural disaster?

"At the heart of the answer to all those questions is our industry: the financial services industry."

This article was originally published in a supplement produced in association with Pension Insurance Corporation in June. To read the full supplement go to:

Trustees must focus more on value for money in administration 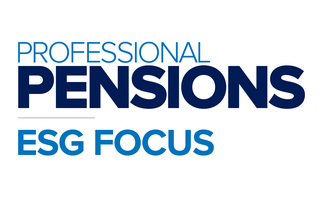 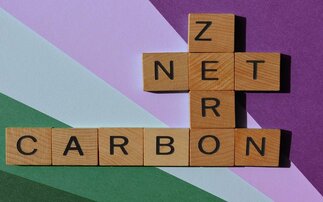 Industry Voice: Net zero and multi-asset — what the transition means for portfolios 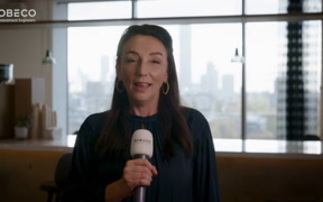