Taking responsibility: Why health cash plans are growing in popularity

Health cash plans are growing in popularity among both employees and their employers. Nick Martindale takes a look at how the market is evolving

At a time when wage increases remain stubbornly low and inflation is once again rising, it should come as no surprise that health cash plans - offering employees the ability to claim back the cost of treatment on a range of conditions - are very much in favour.

According to the 2017 Willis Towers Watson Employee Benefits and Wellbeing Index, they were the second most popular benefit, ranking behind only contributory pensions and overtaking both life and health insurance in the rankings.

In fact, 12% saw them as the most valued benefit, with two-thirds of these earning less than the national average.

"The great value of cash plans, unlike most other insurance products, is that they are designed to be used regularly to recover essential, everyday healthcare expenses such as optical costs or dental treatment," says Willis Towers Watson Health & Benefits director Mike Blake.

"As a consequence, they can be of particular value to lower wage earners and the JAM (just about managing) population."

It is not just employees who value such products; employers, too, are increasingly seeing them as a cost-effective means of helping staff take responsibility for their own health and giving the entire workforce a benefit.

LaingBuisson's 2017 HealthCover UK market report revealed there had been year-on-year growth in the corporate-funded cash plan market each year for the past five years, with more than a million people now having such a policy paid for by their employer.

"Health cash plans are bringing everyday healthcare and wellbeing benefits to employees that may not have had any such benefits before," says Health Shield Friendly Society head of product and marketing Jennie Doyle.

"This is driven by various aspects such as meeting an employer's duty of care, the growing awareness of the importance of wellbeing and absence management, together with the need for companies to attract and retain staff in the face of an ageing society and narrowing talent pool."

"It is harder to engage younger staff in health-related benefits due to age, current health and the cost factor which is not always understood, so companies with a younger workforce tend to use cash plans as they're more accessible to them than private medical insurance (PMI). Also, unlike SME PMI products, cash plan premiums do not increase with age, so employers do not need to worry about older workers who may be on relatively low wages being caught out by large P11D liabilities."

At the heart of any cash plan is the ability to claim back expenses related to optical and dental cover, which can help encourage staff to visit their optician or dentist in the first place and hopefully avoid the need for more invasive treatment - and absence - further down the line.

"Dental is on an equal footing with optical as the most popular benefit," says Simplyhealth head of corporate marketing Colin Perry.

"It is culturally ingrained in us that we go to the dentist twice a year and opticians every two years. Health cash plans play into this culture quite nicely."

For employers, providing access to optical treatment through a cash plan helps meet the requirements around VDU screening, under which employees who regularly use computer screens are entitled to regular eye tests which must be paid for by the business.

Dental, meanwhile, accounts for 29% of the total value of cash plan claims, according to LaingBuisson's research, with an average of £38 per claim. Wright adds: "With waiting times for NHS dentists increasing and availability reducing, having access to a private dentist is crucial.

"Poor dental health can lead to absence, if untreated. With early or late appointments available with a private dentist, absence due to routine appointments can be reduced.

"Dental cover is quite extensive and, depending on the provider, can cover reimbursement for dental plans, as well as consultation and hygiene visits."

Cash plans often extend cover to children free of charge, she adds, adding to the value employees receive from it. The use of specific dental insurance plans, however, is also on the increase, and rose by 32.6% according to the 2017 LaingBuisson report. This is having an impact on cash plans, suggests Aon principal Rachel Western.

"We have begun to see an increased interest in standalone dental plans, although generally on a member-pay or flexible basis, so as to limit the financial impact on a company," she says.

"If a dental insurance product is also offered as a benefit this tends to devalue the cash plan offerings for an individual."

Unum also reports a trend towards standalone dental cover, on the back of 15% higher NHS costs since 2015 and a 5% rise in 2018 alone.

"Our research tells us workers prefer access to dental cover over a company share-save scheme or gym membership."

He, though, believes the two products can complement each other, with standalone insurance covering treatments not typically included in a cash plan.

"Combining the benefits of both is a way to maximise what is covered while combatting high costs of treatment," he adds.

In recent years, however, cash plans have started moving into other territory beyond the traditional territory of optical and dental.

"Mental health is a hot topic and cash plan providers are looking at how they can offer cover," says Wright.

to their smart device and it provides members with the resource to seek advice and help via the app, for anxiety and other mental health issues.

"Paid at an additional cost by the employer, it carries a very minimal charge and all members have access."

There are a number of other ways in which cash plans can help employers here, according to Perry.

"First, they can help people to look after their physical health, which we know is intrinsically linked to their mental health.

"Second, and more obviously, is the access that they provide to employee assistance programmes [EAPs]. These are vital in helping those that have slipped from thriving at work to surviving at, or even out of, work.

"They give expert advice and guidance when it's needed and help employers to help their employees to get back on track."

An EAP can be a good first port of call for mental health issues, says Western, but cash plans often only offer limited access.

"EAPs that have structured phone or face-to-face counselling sessions included are an integral part of a cash plan offering, providing support to employers as they manage mental health in the workplace," she says.

"However, cover for mental health issues typically ceases at this point, with treatment costs, if required, not being reimbursable."

Thomsons Online Benefits head of health and wellbeing David Bourne also believes cash plans are only of limited value when it comes to mental health, and points out that there is often duplication between EAPs offered through cash plans and income protection schemes.

"Cash plans also depend on employees self-diagnosing; putting themselves into treatment before claiming, rather than providing proactive support that could prevent ill-health in the first place," he says.

More recently, cash plans have started to position themselves as a more cost-effective alternative to PMI, even enabling people to claim back the cost of consultations.

"With the cost of PMI continuing to rise year-on-year, businesses are increasingly being stretched, so offering alternative health and wellbeing solutions or a health trust can be seen as an alternative for PMI," says Westfield Health interim chief executive David Capper.

"We are not yet seeing a significant shift from PMI to cash plans. But our fastest-growing product is definitely hospital treatment insurance, which falls within the cash plan family."

The main attraction is the ability to extend access to some form of health cover to the whole of the employee population rather than just those who might qualify for full PMI.

"The main business case we see from cash plans is giving the employer the ability to provide medical support and wellbeing support to all staff where PMI is not already available," says Western.

"This is in part a "morale" offering but also supports a wellbeing strategy to support employee risks for all staff."

A cash plan can also be used in conjunction with PMI, however, allowing individuals to claim back the excess they have to pay through a PMI scheme.

"By being able to claim the excess back from the PMI scheme, the barrier to claim for employees is removed," says Blake.

"Some cash plan providers now include this as a separate module, meaning that those members not insured on the medical scheme are not penalised with additional premium.

"Alternatively, other providers price this module in against all members, with the view that the pool of the members reduces the premium for the few."

It is also possible to use elements of the cash plan to cover treatment that might otherwise have to be claimed for under PMI, such as physiotherapy, adds Richardson.

Other elements are also coming under the remit of cash plans, and are likely to become more prominent in future, suggests Gemma Milford, consulting manager at employee health and wellbeing consultancy IHC.

"Additional services include health screening, occupational health, cancer insurances, sick pay insurances and life cover - all surely with an aim to cross-sell to their perhaps less profitable cash plan customer base," she says.

"The market, and the advisor industry, needs cash plans and dental products to be part of our offering; but they will not run for ever if the sums do not add up.

"Additional revenue streams may well be the answer, and the future for these providers."

There is too much red tape in pensions, says industry 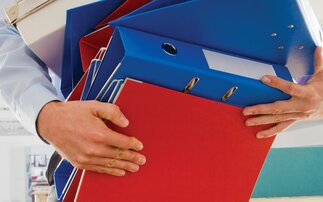 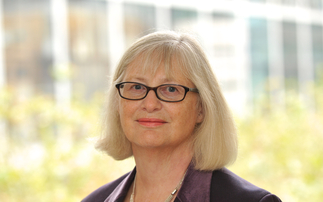 100 years in the making: A history of pensions tax relief