The stress of debt

An increasing number of people are struggling with their finances. Nick Martindale looks at what employers can do to help their staff with money.

With years of low, if any, pay rises and rising levels of personal debt, it should be no surprise that more people are struggling with their finances.

According to research by Chase Brothers, 94% of employees admit to worrying about money, while a study by ING suggests that one in four people have no savings and, of those who do, a third have less than three months' take-home pay put aside.

It also stands to reason that such concerns will have a knock-on effect in other areas, particularly individuals' mental health and their performance in the workplace. Research by the Chartered Institute of Personnel and Development finds one in four workers admit money worries have affected their ability to do their job, with one in five losing sleep as a result and one in 10 finding it hard to concentrate.

For employers, this is becoming a serious concern. Research by Wealth at Work, for example, finds 78% of employers believe financial worries among staff causes increased stress, 43% think it results in lower productivity, 31% say it leads to absenteeism, and 22% blame it for high staff turnover.

A study by ABAKA, meanwhile, estimates the cost in lost productivity to businesses at £3,900 a year per employee, while research by Salary Finance puts the combined cost of lost productivity and higher staff turnover at between 13% and 17% of the total salary bill.

Making sure employees have enough set aside to retire is also becoming a worry. This was identified as the biggest single cause for concern by respondents to the Chase Brothers survey, with 31% saying they were worried about this.

"This can pose a genuine HR problem, and even a succession issue," says Broadstone director of pensions and financial planning Rachel Meadows.

"Companies can risk having a tranche of employees that would desperately want to retire, and that they might want to move on to permit succession opportunities to the next generation, but that can't afford to go anywhere."

It's no surprise, then, that organisations are increasingly seeing financial wellbeing as something they need to tackle, both for their own benefit and that of their staff. Aon's Benefits & Trends Survey 2019 suggests 62.5% of employers now consider financial wellbeing to be their responsibility, and 64.5% plan to take at least some action over the next 12 months.

"There is a movement towards an expectation that such programmes will be in place for employees, rather than this being seen as a ‘nice to have'," says Neyber chief marketing officer Mark Bodega.

"Millennials are starting to become the majority in the UK workplace, and are arriving with a different mindset as to what they expect from employers. Many of these people will be entering the workforce with a considerably higher level of personal indebtedness than previous generations, given the bills racked up through education."

Neyber's own research finds that more than half (55%) of employees would like help around financial health, he adds, rising to 70% for those aged under 34.

There are a number of different ways in which employers can help staff with their financial wellbeing, aside from simply increasing wages. Much can be achieved by increasing the knowledge of employees around how to manage their personal finances; something 36% of staff would welcome, according to Personal Group.

"A big part of the solution is helping employees become more familiar with the basics of money management," says Wealth at work director Jonathan Watts-Lay. "Getting them to think about how they spend money on essential items such as utility bills and insurance is paramount. Another important principle is helping employees understand the difference between good debt and bad debt. For example, a mortgage is a form of good debt but debt with high interest payments such as payday loans and credit cards can get out of control if they are not repaid quickly."

Part of this extends to signposting employees to assistance for those who need it. "Employers often don't want to directly get involved in their employees' finances, but they can add huge value by providing access to employee assistance plans, debt counselling and putting clear links on their flex platforms or intranet systems to free guidance services like Citizens Advice, the Money and Pensions Service and government information around benefits," says Meadows.

There are also little steps employers can take to help money stretch further. "Options that support day-to-day saving like flexible working, cycle-to-work schemes and travel loans will help ease the burden on staff," says Sodexo Engage director Jamie Mackenzie. "Similarly, offering rewards such as prepaid cards can help employees with their weekly shop, while an accompanying app can let them to see exactly what they're spending."

Apps and other tools that enable people to get a better grip on their finances can have a big impact, agrees ING behavioural scientist Jessica Exton. "Since starting to use devices to manage money, 43% of people across Europe say their financial goals are now clearer, and 63% say they view their account balance more frequently," she points out. "Research suggests that paying more attention to bank balances, credit card debt and overdrafts can improve spending and saving habits."

Some employers are now going further still, providing employees with access to specific products such as loans or savings accounts. Sainsbury's, Tesco and Carphone Warehouse, for instance, all work with Salary Finance, which offers salary-linked loans at a lower rate than bank finance - working on the principle that the money is repaid directly from salary - as well as a payday advance product, designed to prevent people from taking out payday loans or other expensive forms of borrowing that can easily see them trapped in a cycle of debt.

"One of the disturbing things is that this phenomenon doesn't discriminate with age," says Salary Finance insights director Dhiren Master. "We have this concept called the financial fitness score based on 10 behavioural questions, where you get a score between one and five. We find the number of ones and twos are the same across gender, age and even income group; 40% of people who earn over £100,000 are twos. The issue isn't running out of money; it's more about your income being less than your expenses."

Recently, NEST Insight starting working with Salary Finance to test the concept of sidecar savings. Participants in the research trial can overpay on their pension contributions but anything beyond the minimum level is diverted to a savings pot, up to an amount specified by the employee.

The idea is to ensure that, alongside pension saving, people have sufficient funds to enable them to cope with unexpected costs; research by the Money Advice Service suggests only 44% of the UK working population have £500 or more in liquid savings to hand for emergencies, and 26% have nothing.

"One of the things we're very much aware of is that auto-enrolment brought a lot of people who are on average and lower incomes into workplace pensions," says NEST Insight assistant director Matthew Blakstad.

"That means it's particularly important for those who might not be on very high earnings to consider what effect it has when you start deducting illiquid pension contributions from people's salaries. Long-term savings are really important but so is having enough money on hand to deal with the short term." The research trial is not restricted to employers who use NEST, he says, and is currently being trialled with a number of employers, including Timpson.

As well as providing basic education and practical support, some employers might want to go a step further and facilitate more formal financial advice, from an appropriately regulated business. But research conducted by Benefex with King's College London finds around 80% of HR leaders are unsure as to the difference between financial education and financial advice that should only be delivered by a regulated individual, which has led to many employers not doing anything at all.

"To those working in the industry, there is a very clear line between regulated advice and financial education," says Benefex director of employee wellbeing Gethin Nadin.

"Employers who don't know the difference can find support from their pension and benefits provider, who can help them understand the differences."

"This is because employees are overwhelmed with all the [of] options and trust their employers to point them in the right direction," says The Health Insurance Group head of proposition development David Prosser.

"For example, group pension schemes often have an ‘adviser charging' option," he says.

"This means an employee can enlist the help of an adviser, and then have this fee deducted from their pension pot, instead of directly paying for advice in one lump-sum payment."

There are risks, though, in employers getting involved, even in setting up such arrangements, says Aon area director Martin Parish. "The risk with offering access to financial advice is twofold - the financial risk that an employee suffers poor service and advice and seeks redress from the sponsoring employer, and secondly reputational or brand risk with employees should the service not work as intended," he says.

"Critical to the success of offering financial advice is the selection process the employer adopts in choosing to partner with a specific adviser, clear disclaimers and communicating that people are free to select their own adviser."

Employers can also use the information they have around staff birthdays, marriages or deaths to suggest when might be a good time to seek advice, he adds.

"They could also provide a checklist of activities one should undertake in such circumstances - change beneficiary nomination on pension and life cover policies, increase death-in-service levels, add new family to private medical plans, write a will and so on," he says.

The business case for helping employees to stay on top of their financial wellbeing is now so strong that it is likely most employers will offer some form of support in future.

"The impact financial problems can have on mental health is undeniable. By creating a culture where it's not taboo to talk about money worries, taking proactive steps to help employees' salaries go further, and looking after their financial wellbeing just as much as their physical health, companies can really make a positive impact on staff which will undoubtedly help the bottom line too."

UK one quarter of negative GDP away from recession 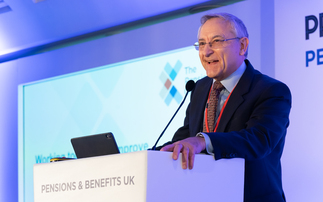 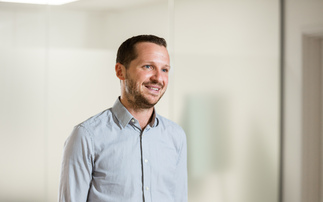 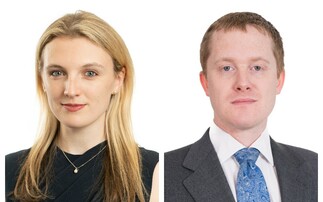