Scheme valuations in a Covid-19 economy

As over 1,000 DB schemes seek to agree a valuation amid the crisis, Hope William-Smith looks at the considerations.

The unprecedented effects of the Covid-19 pandemic are continuing to play out across the pensions space in the UK, six months on from the first spread of the virus throughout Europe.

For defined benefit (DB) schemes, many difficult decisions have had to be made including dealing with requests from sponsors to suspend or reduce contributions. Despite producing a raft of guidance, The Pensions Regulator (TPR) admits it "cannot cover the whole range of issues trustees are facing" with regards to their valuation responsibilities.

Covenants for many sponsors are likely to have deteriorated in recent months, and for some pension schemes funding levels have fallen by five to ten percentage points since the start of the year, with the greatest impact felt by those with significant equity exposure or who are less well hedged against interest rate movements.

Despite this, the regulator has said it will continue to support schemes "as they face unusual challenges" but was clear that coronavirus does not supersede fiduciary responsibilities and existing legislation. In recognition of the challenges however, scheme providers and trustees were asked to report late contribution payments at 150 days rather than the 90 previously set out.

Since then, many schemes have faced an unusual valuation process and Professional Pensions has spoken with consultants to see how this can be conducted and the necessary considerations.

Global consultancy Aon urged TPR to take a pragmatic approach in March for the 15% of UK-based schemes with looming valuation dates in early April, coinciding with the first few weeks of national lockdown and the end of the 2019/20 financial year.

The subsequent months have been a challenging time for pension scheme funding, with many schemes materially impacted with equity markets falling sharply in March coupled with collapsing gilt yields.

While schemes have up to 15 months, the regulator confirmed more than 1,000 schemes across the UK will have begun their latest valuation between April and August. River & Mercantile co-head of solutions Ajeet Manjrekar says the current extent of the damage is "really a reflection of how well hedged schemes are from a liability perspective" and how well diversified investments were.

"As we emerge from lockdown, this will be key for any scheme striking their valuation at the end of March 2020 but also those yet to conclude their deficit funding discussion from 2019," he adds. "While there was an initial recovery in growth assets, markets dropped amid concerns of a second wave. In the meantime, long-term gilt yields remain very low, inflating the value of pension scheme liabilities and deficits."

Redington head of integrated consultancy Marian Elliott says it is important the short-term volatility does not cause trustees and sponsors to lose sight of a longerterm funding target.

"Ultimately a focus on where the scheme should get to, and by when, will help to guide trustees in how they should respond to any immediate change in their funding position during this next round of valuations," she says.

"Pension schemes that are well advanced in completing their valuations do not need to reflect post-valuation experience as a result of Covid-19 in their valuation assumptions, but should think about how market conditions will have impacted the feasibility of their recovery plans - either from an employer affordability perspective or because of changes in the deficit value or views around future expected returns."

TPR warns in its guidance that that post-valuation experience must be applied consistently, however, meaning positive and negative impacts should be allowed for. Buck principal and senior consulting actuary and head of retirement consulting Vishal Makkar says the virus presents "an extraordinary challenge for trustees and sponsors".

"What TPR means precisely is open to interpretation, but at least trustees and sponsors do not have to unwind all of the progress they would have made on their valuations prior to the crisis," he says. For pension schemes with valuations near completion or with effective dates before the pandemic hit however, Makkar agrees they "need not reflect more recent market conditions" when determining their funding positions.

"While this model persists, it is not fit for purpose today and trustees need to take a step back, reflecting guidance from TPR on integrated risk management," Manjrekar says. "This is a time for realism and collaboration as trustees can ill afford to kick the funding can down the road."

He adds that an integrated approach will be vital for trustees to navigate the current valuation process and to plan ahead.

"In doing so, long-term funding targets need to be the starting point - not technical provisions. Trustees should be setting out today what their end destination is - is it buyout? - and when can they get there? This needs to be a realistic discussion as the sponsor may well be under strain.

"But also, DB schemes are getting mature very quickly - trustees need to focus on this today."

For those schemes with a valuation date of or around 31 March 2020, trustees may be, or may have been, asked to change the date due to the unusual conditions of the market. Elliot says: "If that change is made, the regulator will almost certainly ask questions around the rationale for this. Trustees who agree to a change in valuation date should ensure they have robust advice as to why this is in the best interest of members."

She notes that TPR's annual funding statement says striking a valuation as at March or April 2020 is likely to be challenging given the uncertainty around asset values, expected returns and wider economic conditions.

"There may well be a need to delay valuation processes until it is possible to get more reliable asset valuations, particularly on more illiquid asset classes like property," she says. "Trustees should be cautious about setting assumptions as at March or April 2020 and ensure that they are comfortable with the assumptions being used in any models."

In many cases however, it is perhaps too early to judge the impact of Covid-19 on various demographic assumptions notable for altering valuations, including life expectancy - even directionally - and so trustees need to check they are not falsely predicting the impact.

Elliot adds: "Trustees need to ensure they are not adjusting longevity models at this early stage unless there is a clear rationale for doing so."

While asset values at the effective date of the valuation may have fallen considerably, long-term expected returns on assets may also have changed.

Makkar suggests these be factored into the discount rate assumption. "Covenant strength and visibility remains key, and we have seen a number of trustee boards delay covenant reviews, originally due to take place in Q2, to later in the year, in the expectation that there will be more certainty on the implications of Covid-19 on their pension scheme sponsor," he says.

"The current funding regime does permit flexibility to allow for post valuation date improvements in the funding level to be taken into account when agreeing a recovery plan."

Some trustees and sponsors are likely to take advantage of the 15 months available to complete their valuations, which Makkar adds will provide "as much time as possible for conditions to return to some semblance of normality and to avoid a potential kneejerk reaction to recent events."

Furthermore, Makkar says an increase in the use of contingent contribution structures where trustees may accept lower contributions in the short term but seek to share in the recovery of their sponsor's business in the medium term could be expected for those with March and April valuation dates.

The new way of working with risk

Trustees should remember that investment consultants need to be much more engaged in difficult times, with coronavirus no exception.

Manjrekar says: "Investment consultants need to be much more engaged by trustees at the start of the process than ever before - it is too late to review the investment strategy once the valuation has been agreed."

He adds trustees should consider how asset and liability projections in simple scenarios can help frame their challenge. While scheme maturity has become an accepted reality for closed DB schemes, Manjrekar says closer examination by trustees and stakeholders is needed "now more than ever before".

"This will help trustees understand their two levers - funding from sponsor and investment return from the assets," he says. "They need to work handin-hand to make the math work."

Understanding how things might play out as the economy emerges from the first phase of Covid-19 will also be a key part of valuation risk management moving forward, especially for schemes with valuation dates later in the year.

"Ideally contingency plans should be drawn up in conjunction with the employer, with agreed trigger points that will result in specific actions taking place," Elliott says. "For example, additional cash contributions being paid if the funding level deteriorates by more than a given amount. It is not necessary for contingency plans to cover all eventualities, but trustees should discuss key risks with the employer and agree potential options for action so that both parties are ready to respond in a timely way."

She adds it will likely also be important to assess the impact that the payment of dividends and other group transactions will have on the employer's ability to fund the scheme.

"Also," she says, "to consider whether the scheme is being treated fairly in any Covid-19 related contribution deferrals or compromises."

As the year progresses, trustees must also keep one eye on other happenings that will affect valuations, including changes to the Retail Prices Index (RPI).

"Trustee boards and sponsors will be considering the market reaction to the consultation with their advisers, and what this means for their funding assumptions for both RPI and Consumer Prices Index (CPI) inflation. Ultimately, we expect many pensions scheme to be adopting a reduced ‘RPI-CPI wedge' from that seen at the previous triennial valuation," Makkar says.

"Throw in the expected requirement for all DB pension schemes to have a long-term funding target aligned with their technical provisions and investment strategy, the prospect of a new funding code out for consultation and the news in the last few days that the UK and the EU agree that the Brexit transitional period will now definitely end on 31 December and there will be no extension, and it is clear trustees and sponsors will have a very full plate for the foreseeable future."

Many trustees and sponsors will be keen to understand the impact of the crisis on longevity assumptions.

Although there have been significant excess deaths in this calendar year to date, Makkar says it is "simply too early to understand the long-term impact on life expectancy".

He says: "Debate goes on in the industry on how many deaths were expected to occur in any case, and how many are as a direct consequence of Covid-19. Of course, the headline numbers are bleak."

According to Office for National Statistics figures analysed by the Continuous Mortality Investigation (CMI), the peak of the pandemic in the UK around Easter saw around 144% more deaths registered weekly compared to 2019.

While the number of excess deaths observed was well above the typical expected variation between March and June, over the summer the CMI recorded more than six consecutive weeks of death rates lower on a weekby-week comparison to last year's figures.

In the long run, Makkar estimates the impact on life expectancy will depend on effective treatments being found for the virus, potential economic hardship to come, and changes to the funding of health service in the long-term.

"For now, trustees and sponsors will likely need to focus on the data available (pre-crisis), and look to take into account the impact of Covid-19 on life expectancy at the next valuation in three years' time, when there is expected to be more clarity," he says. 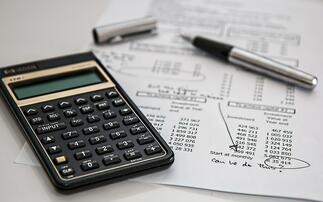 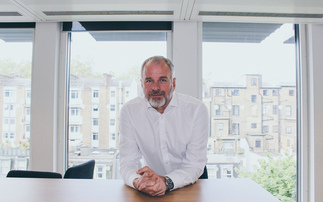