The fundamentals of the end of DB contracting out

More than three-quarters of people reaching state pension age in any given year over the next two decades will have been contracted-out at some point in their working lives. This includes both defined benefit (DB) and defined contribution (DC) provision.

Contracting out was abolished in DC schemes in 2012; the introduction of the single-tier state pension from 6 April 2016 will bring it to an end in DB schemes from next year too.

Figures from Hymans Robertson suggest the end of contracting out will cost employers with DB schemes about £10bn over the next decade. Calculations show companies will face additional national insurance contributions (NICs) of around £1,000 for every employee salary of £35,000.

The move has been credited as one of the final nails in the coffin of DB pensions. Research from Aon Hewitt highlights the end of contracting out as a key reason why the proportion of closed DB schemes is expected to rise from 50% to 60% next year.

Despite this, there is no getting away from the reality that employers and trustees must get to grips with the issue fast. Indeed, separate data published in May found over a quarter of DB sponsors had still not taken any action.

To simplify procedures, the government has legislated for an override power that allows employers to change the scheme rules to offset the rise in their NICs. This can be done by increasing the employees' contribution rate or by reducing the future rate of accrual.

The override only applies to schemes that are contracted out when abolition takes effect. In March, the government also confirmed employers would have to consult members before altering their contributions or benefits.

Actuarial certification will also be required to prove that the proposed amendments comply with statutory requirements. But the Department for Work and Pensions (DWP) has warned against using the scheme actuary for this because of potential conflicts of interest.

The assigned actuary will need to access member data to complete their calculations. As such, lawyers have advised trustees to request written confirmation of how the data will be used to help avoid any potential privacy issues in future.

Speaking at Pensions and Benefits UK 2015, Mayer Brown senior associate Giles Bywater explained why employers might look to trustees to amend the scheme rules (although there may be restrictions on the scheme amendment power that prevents this, and the employer would have to rely on the trustees consenting to the changes).

But the benefit to employers is that they would bypass the requirement to appoint a scheme actuary to approve the amendments. Bywater said the employer could approach the trustees about making the changes safe in the knowledge they have the override to fall back on.

He said: "It's a bit of a bargaining tool. But you might ask why would the trustees agree to co-ordinating this situation?

"And what employers are perhaps steering towards is saying, ‘if we use the override we can adopt the relatively extreme position of increasing member contributions by this much or reducing the accrual rate by this much. What we are proposing to you is something not quite as extreme as that so there's an upside for members if you want to incorporate it'. That's why trustees might just bite on that proposal."

Sackers partner Fuat Sami urges trustees to make the first move by engaging their sponsor. He says: "Trustees should ask questions, share concerns and prompt employer engagement to ensure there are no surprises when DB contracting out is abolished.

"Trustees should also review scheme rules. Some schemes will have close integration with the current state system and these nuances need to be identified early on because, come next April, the existing rules may no longer make sense.

"Critical to a smooth transition to the new regime is member communication. Trustees should liaise with employers to inform members of the impending changes in a joined up way."

Trustees must submit their initial queries on reconciling their data with HM Revenue and Customs (HMRC) before 5 April 2016. Any submissions after this deadline will not be dealt with and the tax office will only respond to ongoing enquiries until December 2018.

Action plan - what can trustees do now?
Credit: DB contracting out guidance, Sackers 2015

How the evolution of LDI could hinder buyouts 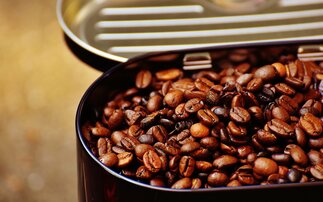 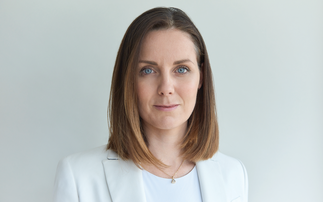