Pensions Personality of the Year 2016 - The search begins

The search for Pensions Personality of the Year is now on - and we are asking you to nominate your favourites for the 2016 accolade.

The winner will be the person who, in the eyes of the industry, has done the most to further the cause of occupational pensions over the past year.

To nominate a candidate for the accolade, send an email with ‘Pensions Personality' in the subject line to [email protected] by 10am on 17 March.

The email should include:

- The name and job title of the person you want to nominate;

- A short citation of 140 characters or fewer of what the nominee has done over the past 12 months to deserve the award.

Any nominations that do not follow the above format will not be accepted.

After nominations close we will conduct an industry-wide poll to create a shortlist of five candidates.

Should you use twitter and wish to tweet about Pensions Personality of the Year 2016, the official hashtag is #PensionsPersonality2016

The final winner of the Pensions Personality of the Year will be decided by the UK Pensions Awards judges and the winner will be announced at a gala dinner on 5 May at the Grosvenor House Hotel in London.

Further information about the UK Pensions Awards can be found at www.ukpensionsawards.com.

Is your DGF fit for purpose?

More demand for small de-risking deals is 'opportunity for insurers' 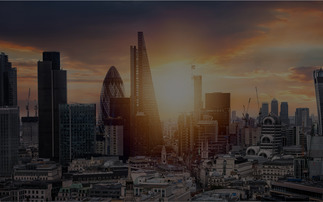