There have been a total of 15 ministers responsible for pensions since 1998. Here is the list in full.

Steve Webb and Guy Opperman are now the pensions ministers who have survived the longest in post since its creation in 1998.

At nearly five years, the tenure of Webb and Opperman was well over twice as long as the longest-serving pensions minister under the Labour administrations between 1997 and 2010.

In July 2016, Theresa May downgraded the pensions minister role to Under-Secretary of State, with Richard Harrington being chosen for the position.

A year later, in June 2017, Guy Opperman took over the role, which was expanded to 'pensions and financial inclusion' minister.

Here is the list and history of ministers in full since the role was created in July 1998.

July 1998 - John Denham (5 months), Labour MP for Southampton Itchen, was given the newly-created role of pensions minister. Previously, pensions came under the remit of other ministers with broader responsibilities; prior to Denham's appointment, for example, Labour stalwart Frank Field, as minister for welfare reform, had looked after pensions.

January 1999 - In a characteristically quick change-around, Denham was moved into the health department and Stephen Timms (6 months) took over.

July 1999 - Another bi-annual reshuffle moved Timms up to the lofty heights of the Treasury where he was financial secretary, clearing the way for Jeff Rooker (1 year 11 months), famed for the Rooker-Wise Amendment to the 1977 budget which linked personal tax allowance increases to inflation. Rooker, now a baron, managed to cling on until 2001.

June 2001 - Following the 2001 election, the Department for Social Security and the Employment Service were merged to create the Department for Work and Pensions we know and love. The changes didn't end there; Ian McCartney (2 years), who had led the introduction of the right to paid holiday, whistleblowing protection and the minimum wage, became the pensions minister.

June 2003 - Despite his good record on employment rights, McCartney's tenure as pensions minister lasted under two years, when he was replaced by former work minister Malcolm Wicks (1 year 11 months).

May 2005 - Wicks tenure was short and he was soon moved to the Trade and Industry Department. Stephen Timms (1 year) returned to the role of pensions minister and held the role for just a year before departing again for the Treasury.

May 2006 - James Purnell (1 year 1 month), who would later fall on his sword in the wake of the expenses scandal, took up the role next. During his time Purnell was named Consumer Champion of the Year by Which? for his work on a new initiative then called ‘personal accounts'; it was the early incarnation of the National Employment Savings Trust launched this year.

June 2007 - Mike O' Brien (1 year 4 months) took over the mantle and held it until October 2008. During his tenure the Pensions Act 2008 received Royal Asset, created auto-enrolment legislation and NEST.

October 2008 - Rosie Winterton (8 months), MP for Doncaster Central, took up the role of pensions minister. During her tenure, Liberal Democrat Steve Webb was returned to his role as spokesperson for pensions when Nick Clegg announced his General Election team in 2009. Webb had worked in the pensions portfolio for the Lib Dems between 1999 and 2005.

May 2010 - After the General Election in which the hung Parliament led to the formation of the Coalition, Steve Webb (5 years) swept into the DWP as pensions minister working under Secretary of State Iain Duncan Smith.

May 2015 - The General Election led to Steve Webb losing his seat in Thornbury and Yate to Conservative rival Luke Hall. In the reshuffle that followed, Iain Duncan Smith retained his role as Secretary of State and Ros Altmann (14 months), who was elevated to the House of Lords, was appointed as pensions minister.

July 2016 - Following David Cameron's resignation after the historic referendum which led to voters opting to leave the European Union, Theresa May was chosen as the new Prime Minister and leader of the Conservative Party. In the subsequent reshuffle, Stephen Crabb resigned citing family reasons, and Ros Altmann also left her role. Damian Green was named Secretary of State, while Richard Harrington (11 months) was given the Under-Secretary of State for Pensions brief, a less senior role than Altmann.

June 2017 - David Gauke was named Secretary of State following a tumultuous snap general election, called by Theresa May, which saw the Conservative Party lose its overall majority. In the post-election reshuffle, Damian Green was moved to the Cabinet Office, and named First Secretary of State. Richard Harrington was moved to the Department for Business, Energy and Industrial Strategy, with Guy Opperman becoming 'pensions and financial inclusion' minister.

January 2018 - A reshuffle saw David Gauke moved to the Ministry of Justice, with Esther McVey taking over the role at the DWP.

November 2018 - Esther McVey resigned from her post on 15 November in protest of the government's draft Brexit agreement. Amber Rudd was appointed as her successor on 16 November.

July 2019 - Both Amber Rudd and Guy Opperman were reappointed to their positions in a reshuffle when Boris Johnson became prime minister.

September 2019 - Thérèse Coffey was appointed to the office after Amber Rudd resigned, citing Boris Johnson's decisions to remove the whip from party rebels, and the government's work on Brexit negotiations and preparation.

In 2010, Steve Bee - who was then chief executive of Jargonfree Benefits - produced a list of ministerial teams who have steered pensions policy since Labour came to power.

We have now updated this list to reflect the 23 ministerial pairings, 16 secretaries of state and 15 pension ministers leading the formation of pensions policy since 1997.

May 2006
John Hutton: Secretary of State for Work and Pensions
James Purnell: Minister for Pensions Reform

May 2010
Iain Duncan Smith: Secretary of State for Work and Pensions
Steve Webb: Minister for Pensions

May 2015
Iain Duncan Smith: Secretary of State for Work and Pensions
Ros Altmann: Minister for Pensions

This article was first published in May 2012. It was most recently updated on 7 September 2022.

One year on from Hampshire: Uprated PPF benefits being paid but answers still needed

Exclusive: 90% of DB schemes have set a long-term funding target 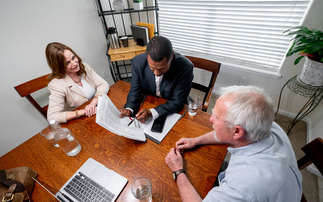 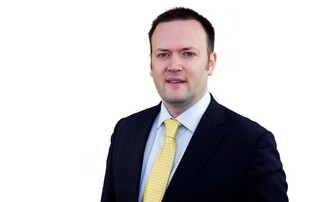 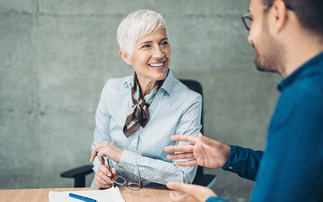 GMP equalisation is a thorny issue and for some schemes it can be about choosing the least bad option.