The government should establish an independent pensions commission to promote the betterment of private retirement income provision and make recommendations on both state and public sector provision, the Association of Consulting Actuaries says.

Scott said: "The biggest challenge that the pensions industry faces is the lack of continuity, consistency and a longer-term focus from government.  Too many policy decisions are apparently made 'on the hoof'; or introduce unnecessary and undesirable cliff-edges."

He added: "I would like to repeat the ACA's call, made over many years, for an independent retirement income commission charged with promoting the active extension and betterment of private retirement income provision and making recommendations on the future of State and public sector retirement provision.

"Such a commission would not have all the answers and it wouldn't transform the fortunes of UK pension schemes overnight.  But, if it could introduce some much-needed long-term thinking, planning and continuity into pension policy that could only be for the better.

"Pensions are too important to be left solely to the whim of the political party of the day.  Understanding the long-term impact of potentially short term action would greatly help politicians make better and more sustainable decisions."

Scott also spoke about how pensions policy had changed over the last 12 months.

He said: "Nine months ago I thought I had some idea where the Government's pension policy might be heading.

"On pensions taxation - the erosion of the Lifetime Allowance; introduction of tapered Annual Allowance; and general concern that tax relief unduly favoured the better-off were signals that George Osborne was planning a substantial switch to 'TEE', making defined contribution pensions like ISAs.  Surveys had shown public support and enthusiasm for ISA-style products, particularly if there was some tangible bonus or 'sweetener' from the government.

"On legacy DB schemes, despite relatively low yields, it seemed the position was manageable for the majority of employers.  tPR was fairly relaxed.  PPF had a surplus.  And large companies still managed to pay dividends to shareholders even though they had pension deficits.

"The upcoming Brexit referendum and the US election were important events but largely distractions.  It was clear to many - and, in particular, to the bookmakers - that the UK would vote to remain in the EU and the US would elect the first-ever lady president."

But then, Scott said things started to change.

He said: "The then Chancellor apparently lost his nerve in the run-up to the 2016 budget.  The Treasury hastily cobbled together the 'Lifetime ISA' which, it seems: isn't for life; doesn't sit easily alongside pension savings products and auto-enrolment in particular; and carries swingeing exit penalties.

"BHS and British Steel emerged as two pension funds in difficulty as the parent companies of their sponsors were either unwilling (or unable) to fund the benefits that had been promised.

"And, of course, the ‘Brexit' vote not only triggered wholesale changes in the government but the subsequent reduction in interest rates and yields, exacerbated by the increase in the QE programme made life even more difficult for many DB pension scheme sponsors."

"It's still too early to say what impact Donald Trump's election might have on the UK pension industry over the next few years.  In the US, we have seen yields rise and perhaps a sustained rise in UK interest rates and bond yields would bring some relief to UK pension funds.

"And it's perhaps too early to interpret what Trump's presidency is likely to bring, if only because of ongoing uncertainty as to what he might say or do next.

Scott said, with regards to UK pension policy, we seem to have had a series of knee-jerk responses to events.

He explained: "In July, in response to reports that more people were requesting transfer quotations, there was a call for a temporary ban on transfers from DB pension schemes, in direct contrast to the policy on pension freedoms.

"And, in the wake of the BHS case, we have seen calls for tPR to have new powers to block takeover activity and to curb dividend payments.

"And, as gilt yields remain low, there have been increasing calls for new methods of pension scheme valuation, contrary to messages from DWP and tPR that the system is sufficiently flexible at present.

"So far as State pensions are concerned, those championing inter-generational fairness have called for the ‘triple lock' to be abandoned.  And there is a new improved inflation index - "CPIH".  An ongoing review of State Pension Age is now due by May 2017, even whilst the WASPI campaign goes on."

"I was relieved that the Chancellor largely kept his powder dry so far as pensions were concerned in the recent Autumn Statement.  However, with two budgets next year, we don't anticipate that such a light-touch treatment of pensions will continue.  All we can ask for - as the ACA has done for many years - is for some genuine simplification.

"Amid all this, I wish the new Pensions Minister well.  He was recently quoted as saying that he had ‘no problem' with trustees having the right to change indexation from RPI to CPI.  Perhaps we will see this reflected next year, in the promised green paper on DB pension provision.  In 2017 we will also have a review of auto-enrolment and it may even be clearer what 'Brexit' really means and what implications there are for pensions."

Scott concluded: "We at the ACA look forward to continuing to work with government and government departments as they formulate and implement their policies.

"My predecessor as chairman, David Fairs, recently urged the government to extend freedom and choice to DB schemes; and to bring forward legislation that would enable schemes to convert different tranches of benefits into a single structure at "fair value" to members.  Such measures, whilst easing some of the burdens on DB pension schemes would lead to genuine simplification in one case of the process, in the other of benefits.  Any such simplification would be most welcome.

Trustees must report on record-keeping in scheme returns, says TPR 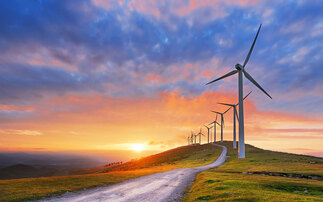 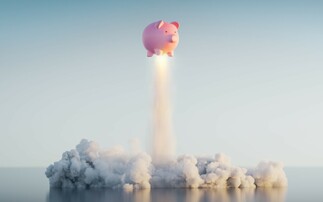 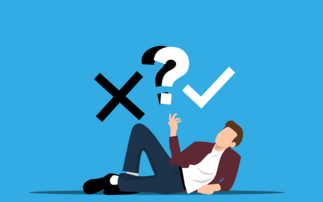 While many welcomed the DWP’s proposals, some warned they are still not enough