WTW said the service would allow schemes and other asset owners to invest in external asset managers using a centralised back office and standardised fund infrastructure that "bypasses the investment industry's significant cost and resource duplication".

It said it would deliver scale benefits to both sides of the market while increasing transparency and asset owner control.

WTW said it plans to build a team of 60 staff to run AMX, 25 of whom are already in place.

The service is being first launched in the UK and will initially focus on providing cost effective and simpler access to hedge fund strategies, with additional asset classes following later in the year.

The initial $750m (£600m) of capital on the exchange come from clients of WTW's delegated investment business but the firm expects the offering will appeal to a broad range of the its clients in the future.

Oliver Jaegemann, the global head of the AMX service, explained: "AMX is a mutual marketplace that is going to revolutionise the asset management industry - I would explain it as the Amazon for the investment management industry, that is really the model we are trying to emulate.

"In two words, the things that have been really lacking are centralisation and scale. The model that has been employed in the investment management industry for the last 30 years - where every manager packages their own product - that is just inefficient and leads a lot of duplication of costs."

WTW global head of investment Chris Ford added: "Nobody's trying to do a bad job but that problem of fragmentation is getting in the way of us all, as an industry, doing the thing we need to do, which is produce a great outcomes for the end savers."

He said: "We have long contended that intermediaries in the investment industry have taken too much out of the value chain to the detriment of the end saver.

"We believe AMX will change this by standardising and centralising the investment vehicles that managers and investors use thereby reducing overall costs and increasing marketplace transparency and competition. AMX will be our implementation solution of choice and we encourage asset owners and asset managers to use the exchange for the benefit of the end savers that we all represent."

WTW chief executive John Haley agreed. He said: "Technology is breaking down barriers and challenging the inefficiencies which have burdened many industries for far too long.

"The resulting marketplaces tend to be fairer, quicker and more transparent. They give buyers better choice and control and open up new customers for sellers and can rapidly become global in nature. We recognise the power of this trend and are backing AMX to be a catalyst for change in institutional investment."

DWP's green paper: Indexation could be suspended for underfunded schemes 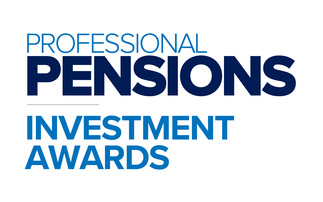 The lowest initial commitment made totals 1.3% How are global investors responding to an evolving landscape?