Pedal the Pond: Team break world record as they complete crossing in 40 days

Four young men who set off to cross the Atlantic in a pedalo, sponsored by Incisive Media and Investec Asset Management, have completed their route in just 40 days and broken the world record for being the first to pedal a boat across the 3,000 mile ocean.

The team had set themselves a target to pedal across the Atlantic Ocean in between 30 and 50 days, but managed the feat in just 40, setting a new world record.

They set off from Gran Canaria on 7 January to tackle the 3,000 mile route to Nelson's Dockyard English Harbour in Antigua by pedal power alone, arriving at their destination on Friday 16 February.

They said the cause was close to their hearts, with all of them knowing people who had struggled with depression - and in some cases, who had taken their own lives.

More than £167,000 has been raised for the charity, which was set up by Charlie's family after he took his own life aged 28 in 1997. It works to increase awareness of the warning signs of depression among young people - as well as encouraging people to seek help.

Max Mossman, skipper of Pedal The Pond, said "We would like to thank Investec and our other sponsors for their support. This was an extraordinarily tough challenge where we had to test our mental strength almost every day.

"We were kept going by the constant messages of support and the fact we were attempting to raise awareness of mental health challenges so many face today."

Tim Weller, CEO of Incisive Media, said. "The challenge these four extraordinary young men faced on a daily basis mirrors the struggle those with mental health issues face. It is an inspiration to us all that they took up the challenge to help break down the stigma of mental health."

David Aird, UK managing director at Investec AM, added: "The courage, determination and bravery of Max, Henry, Paddy & Hec underlines what inspiring young men they are.

"To spend 40 days at sea, to cross the Atlantic Ocean by pedal power, to break records and to raise a vast amount of money and awareness for mental health wellbeing is out of the ordinary.

"Investec Asset Management is extremely proud to have sponsored the crossing and The Charlie Waller Memorial Trust."

Have your say: Is TPR right to name and shame non-compliant schemes?

Pensions industry representatives were questioned by the committee on freedoms

Tax relief is no incentive and needs reform, finds survey

While the benefits are obvious to the industry, they make little headway with savers, Cushon says 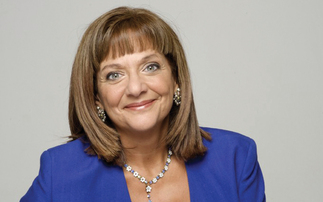 Pension tax relief isn't working well - how can we improve it?

For incentives to work, they must be understood – and that is not the case, says Baroness Ros Altmann