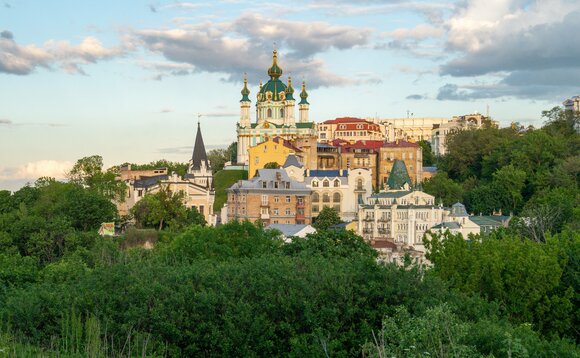 Two of the UK’s biggest pension schemes have reacted to the Russian invasion of Ukraine with the £82bn Universities Superannuation Scheme (USS) announcing it is divesting its Russian holdings and the £13bn TfL Pension Fund saying it has put in place a freeze its direct holdings in the country.

USS Investment Management (USS IM) - the asset management arm of USS - said "there was a clear financial as well as a moral case for divestment" with regards to the scheme's Russian holdings.

USS IM chief executive Simon Pilcher told the BBC's Today programme this morning (1 March - listen from 20:59 onwards for the interview) the scheme would be looking to sell its assets in the country.

Pilcher said: "We think Russia has placed themselves outside of all norms and I think there is very little appetite for anyone to trade with Russia under these circumstances and therefore, in that context, it is very hard to see how Russian investments are a sound financial investment and, of course, that completely ignores the moral case, which I think is fairly compelling."

On being asked what was the biggest factor for the scheme in making its decision, the ethical or the financial case, Pilcher said the two issues were tricky to separate.

He said: "I think the two things overlap - morals drive finance. If you are a financial investor and you don't think about the moral impacts of what you are doing, I think you are both short-sighted and, dare I say it, immoral."

Pilcher said around 0.5% of the USS portfolio was connected to Russia - a proportion he said was "fairly modest".

But he said that, in the current environment, a lot would depend on where it can sell those assets and where they end up trading - noting that, at the moment, very little was trading and it was "exceptionally hard" to get a price on any of these Russian assets.

Pilcher added, however, the scheme had already been selling its Russian assets and had approximately halved its equity investments relating to Russia over the past weeks.

This comes as the trustee of the TfL Pension Fund said it had instructed its investment managers to freeze all existing direct holdings in Russian-domiciled investments.

The £13bn scheme said its current exposure to bond and equity holdings domiciled in Russia was currently around £28m, of which £25m is held in direct investments.

In a statement the scheme said: "Having taken investment and legal advice, the trustee is instructing the fund's investment managers to freeze all existing direct holdings in Russian-domiciled investments.

"The fund will therefore make no additional direct investments or disinvestments in Russian-domiciled bonds or equities until further notice, recognising the current lack of market for selling these assets and the trustee's fiduciary duty to act in the best interests of the fund's members."

The move comes as the Church of England said it would sell its £20m Russian holdings and Norway's NOK11.6trn (£976bn) sovereign wealth fund announced it will pull out of all its investments in the country.

The Church of England told The Times it was immediately selling its investments in Russian firms and had issued a ban on any further investment as a direct result of the invasion.

In a separate move, the Norwegian government said its sovereign wealth fund - the Government Pension Fund Global - would pull out of all investments in Russia because of the invasion of Ukraine.

The Financial Times said Norges Bank Investment Management had been instructed to immediately freeze all new investments in Russia and to begin unwinding its existing $3bn (£2.24bn) worth of Russian holdings.