Tributes from global and financial leaders 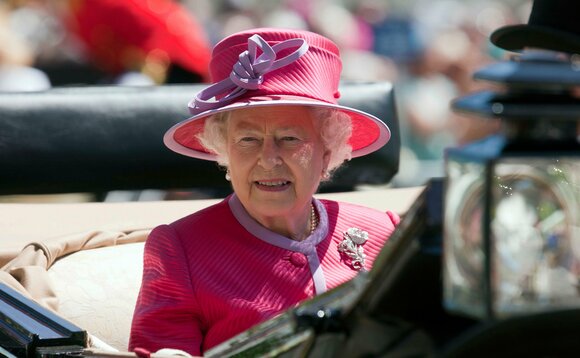 Tributes from political and financial leaders have emerged from across the world for the late Queen Elizabeth II following her death yesterday afternoon.

Queen Elizabeth was the longest-reigning UK monarch, serving 70 years on the throne. She died aged 96.

The Royal Family announced the news late yesterday afternoon in a statement confirming that the Queen had passed away peacefully at Balmoral Castle, where the family had gathered to be with her.

In a statement, King Charles III - formerly the Prince of Wales - said: "The death of my beloved mother, Her Majesty the Queen, is a moment of the greatest sadness for me and all members of my family.

"We mourn profoundly the passing of a cherished Sovereign and a much-loved mother. I know her loss will be deeply felt throughout the country, the realms and the Commonwealth, and by countless people around the world."

The newly-appointed prime minster Liz Truss, who met the Queen earlier this week (6 September) at Balmoral, made a speech outside 10 Downing Street in commemoration.

"The death of Her Majesty The Queen is a huge shock to the nation and to the world. Queen Elizabeth II was the rock on which modern Britain was built," Truss said.

Her recent predecessor Boris Johnson put out a statement via Twitter, which said: "She seemed so timeless and so wonderful that I am afraid we had come to believe, like children, that she would just go on and on."

Leader of the opposition Keir Starmer added: "So as our great Elizabethan era comes to an end, we will honour the late Queen's memory by keeping alive the values of public service she embodied."

Across the UK flags were lowered to half-mast. This was repeated outside the European Union headquarters and in the United States.

Bank of England (BoE) governor Andrew Bailey stated: "As the first monarch to feature on BoE banknotes, the Queen's iconic portraits are synonymous with some of the most important work we do. Current banknotes featuring the image of Her Majesty The Queen will continue to be legal tender. A further announcement regarding existing BoE banknotes will be made once the period of mourning has been observed."

Chancellor Kwasi Kwarteng echoed the sentiments of loss and respect for the Queen, recalling she was an "outstanding public servant of our time".

Pensions minister Guy Opperman said the Queen "was the best of us and a constant in a changing world". He added: "The shock to our country will be profound, as all our lives have evolved with hers. Thoughts and prayers with her family. They mourn their mother, and grandmother, as her country mourns her too."

Secretary of state for work and pensions Chloe Smith added: "Queen Elizabeth II was an extraordinary woman and we are grateful for her lifetime of service to our nation. We mourn her today and our thoughts are with The Royal Family."

Former pensions minister Baroness Ros Altmann added: "We have lost a wonderful monarch who dedicated her life to public service and upheld the highest standards or dignity, courtesy, decency and honour. A real loss to our nation."

The Pensions Regulator also posted its tribute to the Queen. Chief executive Charles Counsell said: "Through her sense of duty and her tireless contribution to public life, she has set an inspirational example to so many for so long."

HS Trustees chief executive Steve Goddard spoke for many with his heartfelt post on LinkedIn. He said: "Our hearts are broken, words fail as we are gripped with emotion and grief. The reign of Britain's longest-serving monarch has very sadly ended after an incredible service to her country. Your Majesty Queen Elizabeth II, we thank you."

The Pensions Management Institute also sent its condolences to the Royal Family - noting how the Queen would be "fondly remembered for the leadership she has provided our nation for generations".

Hymans Robertson extended its "sincere sympathies" to the Royal Family - offering its "deepest gratitude for Queen Elizabeth II's many years of selfless dedication and loyal service to the United Kingdom".

Scottish Widows noted: "It is with great sadness that we join with the nation in mourning the death of Her Majesty The Queen."

Legal & General thanked the Queen for a "life of service" and performed its own version of flags flying at half-mast, changing its logo to all black with its trademark umbrella poignantly closed.

The Investment Association noted that it was "deeply saddened" to hear the news of the passing of Her Majesty The Queen. It added: "For many of us she is the only monarch we have known, fulfilling her role and duties with an extraordinary devotion to public service."

ABI's Director General Hannah Gurga said: "At this very sad time, we pay tribute to the service and dedication that Her Majesty has given to the United Kingdom throughout her life and reign."

Queen Elizabeth II dies after 70 years on the throne

Nearly half of schemes have lengthened recovery plans

UK recession forecasted to last until 2024