WASPI campaign continues - but to what end?

State Pension Equalisation Day on 6 November has come and gone, but the campaign in support of those women born in the 1950s who have experienced changes in their state pension age carries on.

Both the Women Against State Pension Inequality (WASPI) and the separate splinter group known as Back to 60 claims that when the 1995 Pension Act included plans to increase the women's state pension age to 65 - the same as men's - the changes were implemented unfairly, with little or no personal notice.

The group is also claiming that the acceleration to the staging-in progamme for the age changes brought in by the Coalition Government in 2011 was similarly unfair.

WASPI wants all the women involved to receive a percentage share of their state pension backdated to their 60th birthdays. Back to 60 are even more unequivocal. It wants the full amount of the pensions paid from age 60. The Department for Work and Pensions (DWP) is standing firm and refusing to contemplate any back-tracking or make any offer of compensation for the changes that it says were brought in with proper notice and with ample publicity through the press and elsewhere at the time.

WASPI has conducted a vigorous and at times extremely vociferous public campaign. It is also pursuing the DWP for maladministration via the Parliamentary and Health Services Ombudsman, although progress to date has been painfully slow.

Back to 60 in turn has lodged a judicial review application to the High Court seeking to force the government to reverse the decision to increase pension ages for all the 1950s women. The outcome of this at the time of writing is not known but even if the application were to be accepted it would almost certainly be challenged by the government, not least in the face of an estimated cost to the taxpayer of up to £77bn.

Up till now the campaigners have shown little appetite for compromise. They have rejected as "not good enough" a proposition from the Work and Pensions Committee that it might be possible to persuade DWP to allow them to claim their pensions early at an actuarially reduced rate. They have also dismissed the notion that the women worst affected could perhaps be given access to extra means-tested assistance at or above pension credit level - even though they would still technically be under state pension age.

The campaigners seem determined to carry on regardless and you cannot but help admire their doggedness and persistence in doing so. They will also have been heartened by a recent report from a United Nations independent expert who had concluded that they "had been affected disproportionately by the pension age changes".

Not that this is cutting any ice with the government. It has simply reiterated that the matter has been comprehensively debated on many occasions in parliament and it "will not be making changes to its policy for women born in the 1950s".

What is clear is that the clock is ticking and time is marching on. A third of 1950s women have now reached their pension age and are able to claim their pensions, so any extra hardship they have experienced is arguably in the past. Before too long the remainder of the women affected will also reach their state pension age and be able to draw their pensions. At that point the rise in state pension age for fifties-born women will be fully complete and any compulsion ministers may feel to do anything further will similarly end.

Time is therefore very much on the side of the government, not the campaigners, and if there is ever going to be an equitable solution for them, it needs to come sooner rather than later. As things stand at the moment, the chances of that happening do not seem very likely.

GDPR six months on - what remains for trustees to do

The case for alternative credit 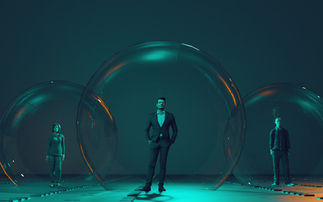 Illiquids and alternatives low on the agenda for DC defaults 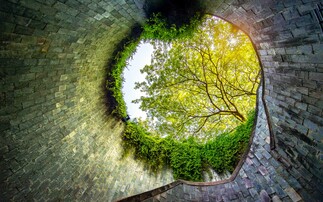 DWP lays down proposals for new rules around DB funding