Lessons from the Paradise Papers

In the month that the Queen, Lewis Hamilton and numerous Oxbridge colleges got themselves in hot water over investments in well-known tax havens, public interest could not be higher in the transparency of our investment system. Margaret Hodge MP was said to be 'furious' with those who advise the Queen, since her majesty almost certainly knew nothing about where her assets were invested.

Of course, this is a common problem. Members have no right to information on where their workplace pensions are invested. As reported last week, there were even "awkward revelations for politicians criticising tax havens" when it emerged that their own scheme has £6.6m invested through a unit trust in Jersey.

Happily, the Department for Work and Pensions (DWP) is consulting on draft regulations which, if passed, will enhance the ability of mere ordinary mortals to discover a little more about where their defined contribution scheme has invested on their behalf.

Regrettably, the government is not proposing defined benefit (DB) members be given the same new rights, though the opportunity exists to rethink this in the forthcoming white paper.

ShareAction has long advocated rights to information for savers on where their money is invested and how votes have been cast on their behalf at company AGMs. Back in 2015, we supported Lord German, a Liberal Democrat peer, to propose an amendment to the then Pension Schemes Bill, aimed at giving savers such rights. The government rejected it but agreed to consult on the issue. The current draft regulations, which hopefully will come into force in the early New Year, are the outcome of this process.

The DWP is consulting on a new "duty on trustees and managers to disclose on request to members and recognised trade unions the top level of pooled funds for which public information is available". In considering what information members should have access to, the department focused heavily on "our aim to reduce trustee burdens where possible". The upshot is that while schemes will have to tell their members what funds they invest in, all the burden of finding out what the actual holdings are will fall on the member. The question of whether a scheme or an individual member is better placed to secure such information from the commercial asset managers with whom a scheme does business is not elaborated on.

Furthermore, the government is not consulting on giving savers specific rights to information on company votes. This seems a missed opportunity to "reconnect business with the public at large" - one of the ambitions of the corporate governance reforms. In her foreword to the recent corporate governance green paper, the prime minister said "we need to support strong businesses that focus on long-term value creation and command public confidence and respect". Giving people a right to see how their pension funds have exercised votes on their behalf would be one rather tangible way to generate public confidence in our corporate governance system.

Watching the business news on the evening of a controversial AGM, a saver might wish to know whether their pension fund's asset manager had voted against a company's remuneration proposals or in support of the chairman. After all, such a vote should have been cast with the best long-term interests of that saver in mind. But, under the new proposals, savers will still be denied rights to that information. Should they make an enquiry, their scheme will be under no obligation to tell them and neither will the asset manager. The manager would, however, be obliged to tell their pension scheme client, which is why it makes sense for schemes, not savers, to be ‘burdened' with the task of finding out and passing the information on.

The DWP's proposals are a welcome but timid step forward. If the Paradise Papers tell us anything, they suggest transparent investment systems are in the public interest. There's a long way still to go to apply that principle to pension schemes.

How are longevity trends impacting the insurance pricing market? 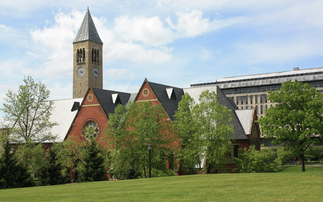 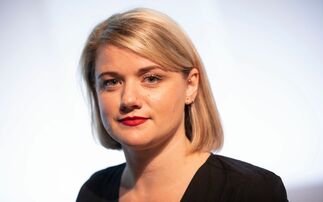