Inflation and markets: Are schemes complacent?

In the first half of this year, statistical releases as well as the prognostications of countless talking heads have raised the spectre of inflation once more. The strength of the economic rebound from the pandemic lows has surprised many. Growth forecasts were progressively raised.

The high levels of price inflation seen in the spring and early summer are in large part a statistical artefact, reflecting last year's entry into lockdown. However, wage inflation, after correcting for base and compositional effects is running at around 4%.

Central bank objectives are now mixed; they are prepared to tolerate higher inflation in pursuit of growth in the short-term. Longer term, we may expect their policy interventions to lag developments in the real economy, notably inflation. Recent high inflation releases, as well as the hawkish utterances of the Federal Reserve chair Jay Powell have resulted in rises in short-term government bond yields[i] but falls in long-term rates.

It appears that the view that this inflation increase is transient is in the ascendency, if not unchallenged. Market-derived ‘breakeven' rates are firmly anchored in the region of 2%. Ten-year government bond yields have fallen from their highs earlier this year to close to their all-time lows.

This complacency extends beyond financial markets. A recent Pension Buzz survey posed the question, ‘In light of discussion of resurgent inflation, have you taken defensive measures such as altering the asset allocation of your fund?' The results are shown below:

However, just 17% of those commenting expressed the belief that the inflation we are seeing is transitory. Fully 48% believe that their liability-driven investment or de-risking strategies leave them well-prepared.

However, there are sound reasons for these views to be troubling in the medium and long term. China and the large-scale exporting of consumer goods will no longer be a significant deflationary factor in the world economy; with a strong renminbi it could even be exporting inflation. The emerging geopolitical contest between the US and China compounds this issue.

The larger technology companies have ceased to be disruptors and are now monopolists, with the consequence that regulatory and taxation costs are likely to be imposed. In the UK, Brexit will add to the political shift in favour of labour rather than capital, though in the US it appears that the Supreme Court is set to resist this trend.

The transition to a low-carbon, climate aware economy is likely to add around 0.5% p.a. to inflation, and the alternate of doing nothing is both unthinkable and much more expensive.

The overarching long-term reason lies in the demographics and is expounded at length in Charles Goodhart and Manoj Pradhan's book The Great Demographic Reversal. Ageing populations in Asia and the West mean more consumers and fewer producers, an inflationary mix, and the end of the benign environment which has prevailed for the past thirty years.

This is no re-run of the rampant inflation of the 1970s, though it should be noted that there are few market participants with experience of those times, and it will be politically expedient as a means of managing down, in real terms, the mountainous debts created by recent pandemic support measures. Financial repression, at the least, is to be expected.

With sustained inflation conventional bonds will lose purchasing power, longer duration issues particularly so. High convexity will again be considered a positive attribute of a debt security. The breakeven rate will again be the most relevant market value indicator.

The yield curve can be expected to rise and to steepen from short-dated to long, against a persistent background of negative returns. Corporate bond spreads can be expected to widen. The most pronounced widening is likely to be in the debt of capital-light, intangible-heavy technology companies, and may be exacerbated by regulatory interventions on taxation and competition.

Some equities will benefit from higher inflation but many more will suffer. The hedging strategies of many pension funds will be tested.

With inflation-linked gilts so expensive, some new inflation hedging security is needed.

Con Keating is head of research at Brighton Rock 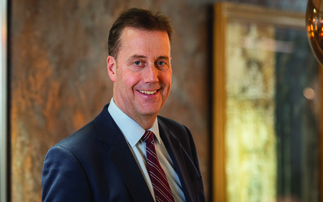 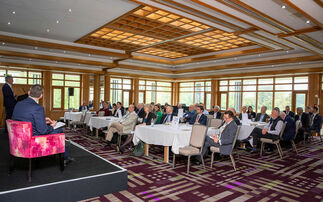 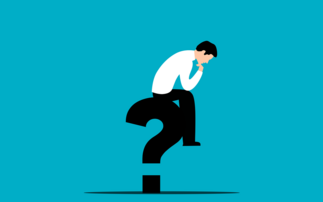