How we can bridge the gender gap in pensions

On International Women's Day, Kim Kaveh says evidence shows the gender gap in pension savings is still far too big, and looks at ways to close it

Today is International Women's Day, a worldwide day which celebrates the achievements of women and calls for gender equality.

Its roots can be traced back to 1908, when 15,000 women marched through New York City highlighting a pivotal moment in the fight for equal opportunities for men and women.

Nonetheless, despite this - over a century later - the road to achieving gender equality is still somewhat far away, especially from an economic perspective.

There is still a gender gap in pensions despite improvements in recent years; research shows women accrue less than men in their pension pot on average.

Women still fall well behind men when it comes to saving for retirement despite auto-enrolment (AE) increasing contributions year on year, according to data from Pension Monster.

Minimum contributions will increase to a total of 5% this April, and 8% by 2019.

The firm's research finds only a third (32%) of members using its online pension planning tool to review their options are women. The data comes from an analysis of 7,974 cases recorded between October 2016 and January 2018. With the lack of engagement correlating with their pension pot sizes, the data suggests men show a more active interest in their savings compared to women.

On average, women accumulate some £70,000 over their lifetime, less than half their male counterparts' £192,000 average pot size, it finds.

Redington head of defined contribution (DC) and financial well-being Lydia Fearn says: "I think there are still issues, definitely. It's a really hard one because obviously people are talking about bringing [more] women in work and giving them promotions and opportunities."

Although the savings and financial aspects of that will catch up in time, she points out there is still got a long way to go. "And so what we find is women on maternity leave and maybe going part-time won't have the same savings that their male counterparts have.

"If we can try and reverse that or at least equalise it, then everyone would be in a better place."

Women taking career breaks undoubtedly has a large part to play in why they accrue smaller pensions than men.

Pensions Management Institute president Robert Branagh points out that many married women opted for a reduced rate of national insurance, which in turn meant they were unable to earn a state pension in their own right.

"In addition, long career breaks without pension cover and lower salaries across the board, left many unable to save sufficient money while working.

"The consequences of these past decisions and subsequent changes in society are exacerbated by the broader issue in workplaces across the globe where women remain in lower pay grades throughout the course of their career and are statistically less likely to obtain a senior management role."

"With lower average lifetime incomes, a higher propensity to take career breaks to either have children or act as carers and longer life expectancy, many women find that they approach retirement age with far less in savings than men."

However, taking a break to have children is part of nature and we should stop thinking of it as a ‘career break,' according to Fearn:

"I hate people talking about career breaks for women. We should start thinking about it as somebody's career path and allow women to build that into their choices through life than this weird thing of ‘oh my goodness she's going off on maternity leave.'"

So how can we close the gender gap in pensions?

For Fearn, communication has a big part to play. "Giving women opportunities and talking about it before they go on maternity leave and when they come back to help them to better plan their future is essential.

"Legislation will help, but people in the workplace can't always control what is going on around them in terms of legislation and politics. But what they can do is plan themselves on what they need in retirement and do that in a timely way.

"When you start having children, you think about how to save for the long term and building money for them so when they get to their adult life they have a buffer to help them.

"It is part and parcel of that, so making sure your own future finances can become more secure by making better savings choices."

It is also important not to dismiss the significance of AE, which has brought in 9.3 million into a pension since its introduction in 2012.

But it is clear that issues remain as research worryingly shows women are more likely to opt out than men, across all age groups.

The average opt-out rates for 22- to 29-year old women were 5% in December compared to 3% for men - a trend that accelerates across older groups, according to analysis of Now Pensions members.

Fearn says to resolve this issue, it again goes back to communication. "This is an absolute shame, and again it goes back to saying "just stay in, see how it goes, as you can always opt out later."

The industry needs to ensure members know to "just take the hit, close their eyes and let it happen."

Clearly, there is still a long way to go to close the gender gap in pension savings. While the industry has put in work to demonstrate that something needs to be done to resolve these issues, evidently, communications must improve to bridge the gap. 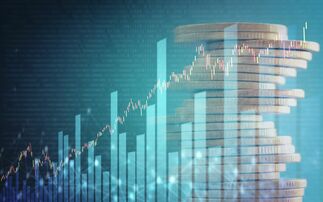