Pension Awareness Day - which takes place today - aims to encourage people to plan for retirement and promotes the importance of saving.

Society of Pension Professionals (SPP) president and Spence & Partners director Hugh Nolan said there needs to be a massive change in financial literacy in the UK, as people do not know what to do about their pension, or how it affects them personally.

He added: "People are going to continue to be put off saving, unless messages are portrayed in simple terms."

Nolan argued the problem is that engagement and understanding of pensions is weak.

He commented: "There's two ways of dealing with engagement issues. You can either throw heaps of resources at people to engage them, which we've tried numerous times and it doesn't work.

"The more effective way is set up good defaults and persuade people that the basics are enough to get them by.

"The details don't matter, just an awareness that says, join a scheme it's really good for you, you'll get a pension at the end of it, and we'll look after your money in the meantime."

She commented: "If members are to increase their contribution levels and sustain these levels over the long term, the industry needs to address these barriers to engagement.

"Awareness is growing, and schemes are now provisioning for small companies - ones with as few as ten members - which has led to 15% annual growth in the UK's DC market."

She suggested communications need to simplify and demystify pensions and said messages need to create a reality and challenge bias, and the burden should not completely fall on employers.

Douglas said: "Pension providers, trustees and IGCs also have an important role to play - not just with engagement but also in the design of appropriate and effective default solutions for those that simply do not want to engage.

"Pension providers in particular could do more to tackle disengagement, by tailoring the style and content of communications to make them relevant for different people at different stages of their lives - as opposed to attempting to deliver a ‘one size fits all' message."

This week, PP investigated what individuals believe is the most important issue where awareness needs to be raised among individuals in Pensions Buzz. To see the results click here. 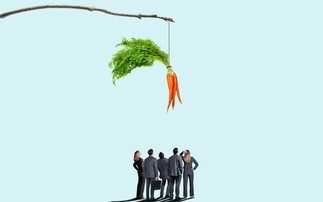 'Carrot and stick' approach to engagement is redundant

What did someone with 13 million subscribers tell the pensions industry about engagement?

Martin Lewis founded Money Saving Expert, a website that has since built up an email following of 13 million people, after investing just £100 in a website at the beginning of the millennium. But how has Lewis achieved such cracking engagement? And what...

Karen Quinn and Rhys Williams explain how data can be used to improve pension scheme engagement.