UPDATED: DWP to mandate use of simpler annual statements for auto-enrolment DC schemes

The Department for Work and Pensions is to make it mandatory for auto-enrolment defined contribution (DC) schemes to use simpler annual statements.

In its response to its consultation on simpler annual statements, the Department for Work and Pensions said that, while the direction of travel among schemes is broadly towards providing shorter and simpler statements, providers in the main had not voluntarily adopted the freely available statement template - adding that "progress remains too slow and is not delivering consistent results".

The response said: "It is unlikely that voluntary adoption of any approach will lead to sufficient progress across providers as a whole."

It said as a result it would consult later this year on a mandatory approach to simpler statement templates for DC schemes used for AE - taking the two-page statement template originally developed during the course of the 2017 AE Review as the starting point in considering the length, content and design. It added it would work with industry on the detailed design of the template.

The response noted that while this would only apply to DC schemes used for AE initially, it remained the "long term ambition" of government to improve consistency across all schemes and said it would evaluate this policy's impact to inform a consultation on how a similar approach for all remaining schemes could be delivered.

As such it said it believes the current approach - where schemes are required to inform members of the location of the published information via a published link included in the members' annual benefit statement remains an "appropriate response" and proposed to include a line in the simpler annual statement template on costs and charges with a clear signpost to the more detailed assessment of this information elsewhere.

The DWP said it was also of the opinion that the statement must signpost to the information on the pension scheme's investment strategy, including whether the member's pension is invested individually or on a pooled basis, and with due regard to ESG and climate change.

Pensions minister Guy Opperman said: "For too long pensions have been shrouded in complexity and technical jargon, limiting people's understanding of their savings and hampering their retirement planning.

"Simple statements will usher in a new standard for how schemes communicate with their members - vastly improving people's understanding and engagement with their pensions."

He added: "With more people saving for their retirement than ever before thanks to automatic enrolment, it's vital they can understand what's going on with their hard earned money and actively plan for their future."

The DWP proposals will require pension schemes to provide the statements and structure them in such a way that draws members' attention to three key pieces of information - how much money is in the pension pot, how much money this could grow to by the time a member retires, and ways members can boost the amount they have to live on in retirement.

Ruston Smith - the former Pensions and Lifetime Savings Association chairman who led the project to produce the template for the simpler statement along with Eversheds Sutherland and Quietroom - told PP the move was a "key improvement being made by the minister and DWP to support members".

He said that too many inconsistent, complicated and long statements was a key finding in his work on engagement in the 2017 AE review - noting that few members read and understood them.

Quietroom creative director Vincent Franklin agreed. He said: "We've always known that to really help members - who are likely to have different pots from different schemes - we needed to turn the annual statement into a standard statement. That's what this legislation does. We're proud and delighted to have been part of the team, led by Ruston Smith, that championed the needs of members and turned 17 pages of waffle into two pages of clarity. Next stop - a single finance vocabulary that the whole industry adopts."

Association of British Insurers director of long-term savings and protection Yvonne Braun added. She said: "Simplicity and ease are important when communicating pensions information, which is why pension providers keep innovating for customers, both digitally and in paper communications.

"We look forward to seeing the detailed proposals. It is important that the changes are consistent across regulatory regimes, future-proof, in particular in terms of joining up with pensions dashboards, and that they have a realistic implementation timeline."

Smart Pension director of policy and communication Darren Philp agreed: "This is a significant step forward and is great news for pension savers. The simplified statement will present relevant information in a clear and accessible way, and provide a springboard on which people can engage with their pensions. We are also pleased that the statement will include charges information, delivering much needed transparency and an increased focus on value for money."

PensionBee chief executive Romi Savova said that, while some providers, including her own firm, had adopted simpler annual statements, only a handful of providers had switched to the new format, something she believed was to the "detriment of consumers".

She said: "We believe the minister has done the right thing to mandate the two-page template, and we welcome the news that auto-enrolment schemes are to be included. Using a consistent and standardised template that can be understood easily by consumers is imperative if we're to increase engagement and help savers to achieve better retirement outcomes across the board."

Regulator's gateway guidance could set 'too high a hurdle' for superfunds Eight tips and points to consider when considering winding up projects Industry Voice: Fantastic decumulation and where to find it

Decumulation enjoys a low media profile compared with the accumulation stage of pension planning. Does this ‘moment of truth’ in providing retirement deserve a more prominent role? 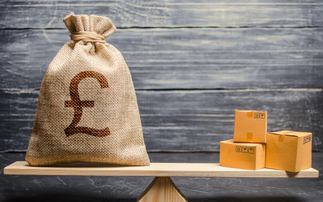