The balance in payments to shareholders and those paid to clear defined benefit (DB) pension scheme deficits has become a top priority for The Pensions Regulator (TPR). This will be a key consideration over the next valuation cycle as TPR looks to influence this balance. However, with many schemes becoming fully funded on a technical provisions basis, this will become an even trickier issue, as TPR aims to formally shift the focus to a long-term funding target. Over what timeframe will the TPR want schemes to move toward their endgame? Plus, how will this impact on company funding requirements?

Barnett Waddingham's latest analysis of the UK's largest companies suggests that the balance is currently heavily skewed towards rewarding shareholders, rather than plugging DB scheme deficits. Over the last ten years, FTSE 100 companies have paid around £80 billion into their DB schemes to reduce funding deficits, which is around one eighth of the £636 billion paid out to shareholders over the same period. Over the same period, net dividends have increased by 140%, while deficit contributions have fallen by 10%.

For many companies, there will be a good reason why payments to shareholders significantly exceed those paid to the DB scheme. However, companies, particularly those on the wrong side of the averages outlined in Barnett Waddingham's analysis, should prepare for closer scrutiny from TPR over the coming years.

With the endgame approaching for a significant proportion of DB schemes, we believe corporates should be placing greater emphasis on the endgame target and ensuring their DB strategy is aligned to it. Barnett Waddingham's analysis shows how changes in the level of contributions will impact on the time to buyout for the FTSE 100 companies. 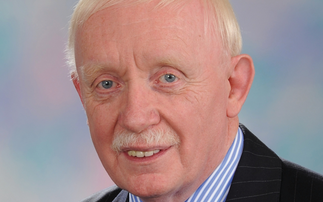 At the end of the day, what's in a name?

Tim Weller, chairman of Professional Pensions’ publisher Incisive Media, will tomorrow embark on a 400km cycling tour of the UK’s royal palaces to raise money for the British Asian Trust.