Argentina is keeping reform promise (for a change)

Boston - Investors might be hard-pressed to find a bright spot in Argentina today. Growth in 2019 has yet to rebound from its collapse last year, inflation hit 51.3% year over year in February and the peso has not recovered from its 2018 plunge versus the U.S. dollar.

Most observers have focused on how the slump could affect the re-election chances of President Mauricio Macri, who forged a deal with the International Monetary Fund (IMF) in 2018 that involved increased funding in return for accelerated fiscal reform. Despite poor approval ratings, we feel it is significant that both the Macri administration and the central bank have largely stuck with the policy tightening prescribed by the IMF deal.

There is evidence that the reforms are beginning to have a positive impact. Growth is falling less sharply. The fiscal deficit fell last year and is on pace this year to meet or beat the IMF target. The central bank had agreed not to raise the monetary base until June, but recently decided to extend that policy through November. The annual grain harvest is expected to be 40%-50% higher than last year.

The government's actions are in sharp contrast to previous administrations that agreed to policy reforms, but soon veered off the script as criticism and pressure mounted. Continuity and transparency are a welcome change.

Bottom line: Argentina agreed to the harsh medicine needed for disinflation to take hold and set the stage for a good recovery. It is maintaining that course despite a difficult political environment ahead of a presidential election. These are hopeful signs for investors. 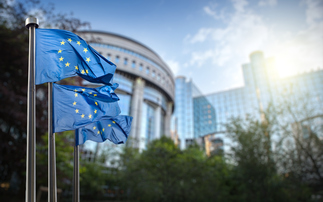