How are longevity trends impacting the insurance pricing market?

With pressures on health unlikely to abate in the near future, Aon's Guide to Risk Settlement analyses the cost of longevity reinsurance.

Until a few years ago, the narrative that accompanied the word ‘longevity' was considered obvious and largely unquestioned. It was, quite simply, that we are going to ‘live longer than expected'.

Improvements continued to accelerate and the historically high improvements of 1.5% to 2% per year from 1975 to 2000 were surpassed in the first decade of this century, when male improvements topped 3% per year.

But this narrative has now collapsed. National longevity improvements executed the statistical equivalent of a hand-brake turn in 2011 and have since been less than 0.75% per year. And the pressures on health and welfare spending seem unlikely to abate in the near future.

Analysis of Aon Hewitt's longevity databank and Office for National Statistics (ONS) data suggests that the better off and, in particular, members of defined benefit pension schemes were less impacted compared with the national population. However, most of the population will ultimately be affected by health and welfare services, especially at older ages.

The cost of longevity reinsurance is the key driver of the cost of both longevity swaps and bulk annuity premiums. When the data on lower longevity trends started to emerge, reinsurers took a cautious stance on pricing. This is understandable - if you were a long-term risk-taker then you too would want to be confident that the prevailing longevity trend had genuinely changed before reducing prices.

However, this pause to reappraise caused a serious dislocation in longevity reinsurance markets. Aon Hewitt was vocal in calling out the dislocation and advised clients transacting of the need to test their pricing and possibly walk away from proposed deals.

Over the past 12 months, reinsurers have progressively reviewed and revised their life expectancy assumptions, driven in part by emerging data continuing to indicate that longevity improvements are not returning to their previous high levels. It seems that pricing is back in sync and dislocation is no longer a major concern.

Click here to learn more about longevity market pricing shifts and how it is continuing to evolve to meet the needs to pension schemes today.

Lessons from the Paradise Papers

The changing landscape of fiduciary management 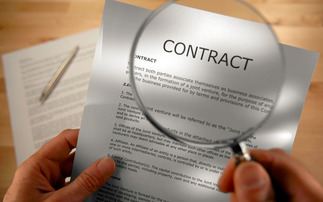