The global economy has rebounded from the lows reached in March and April but momentum has waned as rising cases of COVID-19 have forced some regions to once again restrict activity. Jim Cielinski, Global Head of Fixed Income at Janus Henderson Investors, discusses whether credit markets can remain immune to the economic fragility.

The V-shaped recovery may be looking tired after the rapid bounce back over summer but with key purchasing manager indices globally still pointing to expansion and ongoing buoyancy in the US housing market it appears too early to call time on the recovery.

Weak earnings figures have been met with an acceptance that economic lockdowns were always going to result in poor outturns. Near term credit metrics have deteriorated as higher debt levels meet lower earnings but expectations are that they should begin to recover in 2021 as companies seek to repair balance sheets. Record bond issuance has led to companies being able to bridge the revenue gap and for some the borrowing has been precautionary with cash raised simply parked on the balance sheet. Nearly six months on from the market nadir in March, credit markets have slowed their pace of recovery but credit spreads have not widened dramatically in September, despite fresh virus setbacks.

Markets have been encouraged by central bank messaging. In June, US Federal Reserve (Fed) Chairman Powell stated that the Fed would do "whatever we can, for as long as it takes" to keep bond markets functioning and credit flowing to companies. The market has, at this point, no reason to doubt him, and thus no reason to price fears of another liquidity collapse. Liquidity aside, ultra-low policy rates and direct purchasing of corporate bonds by major central banks provide confidence that solid companies needing credit to weather the crisis will be able to fund themselves at reasonable rates.

This supportive action by central banks has pushed their balance sheets to historic levels and caused money supply to surge. But where does that money go?

We think inflation is an unlikely result in the current climate. Similarly, the real economy will be slow to absorb the liquidity as capital expenditures and hiring are likely to remain subdued. That leaves the financial markets. By lowering policy rates to zero, the Fed has made it clear it does not want the money to flow to government securities. Given the Fed's explicit support for investment grade and, to an extent, high yield corporate bonds, it is an obvious choice for liquidity to flow into credit markets.

The logical conclusion is that financial markets are being inflated, at least relative to the degree of uncertainty that remains for the world's economies. Does this mean that markets are overvalued? We don't think so. Instead, we think credit markets have responded rationally to the restoration of liquidity and the promise of central bank support. But it is difficult to imagine a sustained rally from current levels without lower volatility - a proxy for confidence - specifically confidence that economic growth will persist. In our view, the speed of the recovery matters less than the direction. If the market becomes more confident that growth will normalise, volatility could trickle lower, and spreads grind tighter. Here, a proven and safe vaccine would be an accelerant.

Conversely, if rising COVID-19 cases and deaths were to severely knock confidence, we would expect volatility to rise and spreads to gap wider. The other vulnerability is political, notably a fractious presidential election. How this might weigh on fiscal support is arguably the point to watch. Central banks generally are inclined to be slower in removing support than providing it, because they know that it is ultimately less costly to prevent a liquidity problem than to fix one. With inflation below the Fed's target level in the US (even more so with the new average inflation targeting) the risk of being too generous in providing liquidity is low. And since the money has to go somewhere, we think credit spreads should find support in this environment, even if economic growth is slow to return. 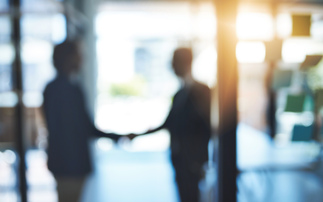 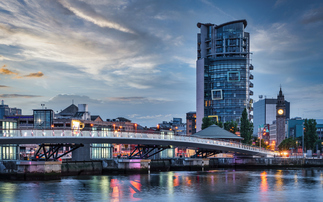 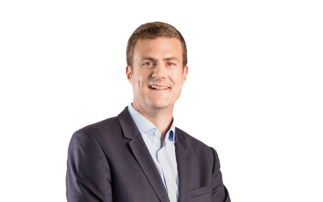 Aviva, Standard Life and L&G top the provider leader board with over £5bn of deals each