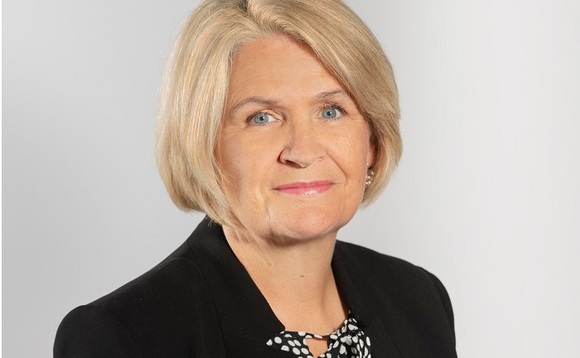 Regardless of where they've worked, women's retirement savings are likely to be substantially less than those of men in similar roles. We look at the evidence, consider what might help address the imbalance, and confront the question of why it matters.

Counter-intuitive it may be, but even where female workers outnumber men, their pension pots are likely to be smaller than those of their male equivalents, according to research by Legal & General1.

We already knew that men's pension pots are generally worth around twice that of women's at retirement - a disparity confirmed by Legal & General's research into the gender pay gap from 2020 and our data from 2021. However, what may be surprising is that according to our latest findings, there doesn't appear to be a single sector that bucks this trend - even in predominately female workforces.

In 2021, we looked across our book of 4.5 million pension scheme members2 and found no sector without a gender pension gap. In fact, of the six sectors with the highest gaps (senior care; pharmaceuticals; aerospace, defence and government services; real estate and property development; construction; and healthcare), three are among the top sectors for female employment (senior care, pharmaceuticals and healthcare).

The only chink of light in our data for the future of the gender gap was in its suggested trajectory: In 2021 the gender pension gap for retirees was 54% as opposed to 56% in 2020. And while this small 2% close in the gap might not exactly be worthy of staging a parade, it may at least signal (as we hope it does) the start of a trend. However, even if the gap is starting to close, it remains significant and troubling.

Female pension savers face several barriers to achieving pot parity with men. Broadly, these tend to be the result of a combination of lower salaries and the disproportionate shouldering of domestic caring responsibilities which result in career breaks.

According to the Office for National Statistics3, 41% of women have part-time jobs compared with 13% of men. Meanwhile, 23% of women (compared with 13% of men) employed in the UK do not meet the minimum income requirement (£10,000 a year) to be eligible to join a company pension plan4. Added to which, the cost of childcare can make it harder for women to take on work outside the home5.

Other factors include divorce arrangements where women waive their rights to their former partner's pension6, a lack of confidence in financial planning7 and the menopause - which is thought to be responsible for up to a million women having left employment to date because they're struggling with its symptoms8.

While pension providers such as Legal & General can't stop menopause or marital breakdowns, we can work with government, industry and employers to recognise where the risks are and investigate possible ways of mitigating them.

At Legal & General, we set up a Pension Equalities Taskforce in 2021 to try to address inequalities in the pension system. The aims of the taskforce are to lobby government, regulators and trade bodies to establish priority actions, bring providers and industry representatives together to collaborate on research and representation, and work with employers to help find solutions. It also seeks to raise awareness and support members in their ability to make informed decisions about their retirement savings.

There may be no silver bullet to ending the gender pension gap but unless we take a clear-eyed look at its underlying causes and take steps to address them, we believe women are likely to continue receiving significantly lower retirement incomes than men.

4. Source: Mercer Australia Gender differences in pension outcomes, 2021: 23% of women and 13% of men employed in the UK do not meet the minimum income requirement to join a pension plan.

5. Source: OECD, 2016: Families in UK spend a third of household income on childcare, compared to OECD average of 13%.

6. LGIM 01/2021 press release; Women are significantly more likely to waive their rights to a partner's pension as part of their divorce (28% women vs 19% men).

7. Merrill Lynch and Age Wave study, 2018: Only about half (52%) of women say they are confident in managing investments as opposed to 68% of men.

8. Daily Mail 12/2021: Andy Briggs, the Government's Business Champion for Older Workers, said that almost one million women have left employment because of the menopause.

For professional clients only. Not to be distributed to retail clients. Capital at risk

Briefing: The flexibility of fiduciary management