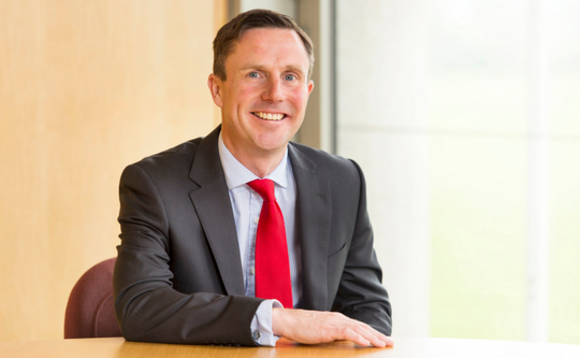 It’s not news that women’s salaries – or pensions – lag behind men’s, but what can be done? LGIM’s latest research, gathered as UK savers face the largest price spike for decades, delves into what might help to soften the sharpest barbs of this thorny issue.

It's not news that women don't fare as well men with their pension benefits. Earlier this year, Legal & General published research which confirmed that the size of women's pension pots are half that of men's at retirement, that the gender gap starts young, and that the gap appears even in female-dominated professions[1].

But what's causing this gap? We can't assume that the size of women's overall salaries compared with men's is the only contributor. Our latest research, which covered 5,259 individuals, highlighted that women often fall through the gaps when it comes to being automatically enrolled into a pension.

Women are less likely than men to be aware of the rules, with many thinking they just aren't eligible. We asked respondents if they knew that earning less than £10,000 in their job meant they wouldn't be automatically enrolled by their employer into their workplace pension. Some 62% of women weren't aware if this, compared with just under half of males.

We also asked respondents if they knew that people earning between £6,240 and £10,000 have the right to ask to be enrolled, that their employer can't refuse, and that their employer must make contributions. Just 36% of women knew about this compared with 49% of men.

In addition, 73% of women did not know that their employer doesn't have to make contributions on the first £6,240 of their earnings, compared with just 56% of men.

Women are also disproportionately represented in the lower earnings category. This is because they're more likely to work part time or take career breaks to accommodate domestic responsibilities like childcare.

And compounding a general lack of knowledge around pension benefits is that some employers might not be fully aware of their role in explaining the rules to employees. For instance, when we asked participants if their employer had explained the rules on eligibility, only 23% of women said this was the case compared with 44% of men.

Within the younger age group, it's younger women who fare worse than younger men.

The overall earnings profile between the sexes for the younger age group is stark. In our survey, we found that of those men under 22, 38% earned over £10,000 a year compared with just 20% of young women in the same age group.

Indeed, women across the board are disproportionately represented in lower paid groups due to childcare responsibilities (55% of women earning less that £10,000 annually have children under 17).

Young women are more likely not to have a pension than young men: 38% of younger males and 53% of younger females say they have no pension. Of those aged under 22 who are making contributions into a pension scheme, 70% are male.

Interestingly, 50% of young females without a pension say the reason they don't have one is that it wasn't offered to them. Since only 28% of young men say this is the reason why they aren't in a scheme, it seems that men are more likely to be given the choice of joining a pension than women. So, why are women less likely to be offered membership of a workplace pension scheme? There could be several reasons for this, including that younger women may be less likely to work for larger employers who go further than the minimum requirements, or that they're working in multiple, lower paid posts which mean they're below the earning threshold for auto-enrolment in any single role.

Money on my mind

The cost-of-living crisis continues to hit people hard, with many pension savers struggling to meet their everyday expenses, but females once again seem to be worse off.

Our research highlighted that women were less likely to be able to afford paying any pension contributions right now due to the rising cost of living. This was affecting 72% of women compared with 64% of men.

In fact, our latest research uncovered how women across the board seemed to be hit the hardest when it came to being able to manage financially in the current climate.

More than half (56%) of women would struggle to pay a rent or mortgage increase of £50, compared with 49% of men. Even more worryingly, 57% of women stated that if their household lost its main income source, they could only cover living expenses for less than a week without having to borrow or ask for help from friends and family.

Of the women currently not paying into a pension, only 14% weren't worried that they weren't saving for their retirement.

Over three-quarters of females (78%) would like to see a more progressive system that offers additional support to low earners, as happens in Australia.

Other ideas that might tempt both men and women to pay into a workplace pension scheme included:

At Legal & General, we're committed to supporting employers to understand and tackle their gender pension gaps. We're already joining and setting up working groups to identify the reasons behind pensions inequality and the possible solutions to it.

We'd also like to see the government, regulators and those of us in the financial services industry work even harder to promote pension benefits more clearly. And perhaps there's an argument for examining the case for financial education in our schools.

We're also lobbying for change, such as the removal of a minimum earning level before individuals can be auto-enrolled.

Finally, better education needs to be provided in the workplace by the industry and employers, so members know what they're eligible for.

The future is bright

The success of auto-enrolment is reflected in the fact that nearly three-quarters (73%) of the workers we surveyed across different age, wage and gender categories now have a workplace pension, and that nearly all of these (94%) are paying into it.

It's also heartening to hear that once they understand the benefits many workers are interested in signing up to a workplace pension.

So, despite the challenges for women, there are signs that by developing the current auto-enrolment model to be more inclusive, and through re-doubling efforts to boost general knowledge of pensions, we could extend the reach of this precious employee benefit to help improve the retirement prospects of older people after their years of hard work.

For investment professionals only. Capital at risk

[1] Is it time for all of us to wake up to the gender pension gap?

[2] When asked their views on the statement: There are better ways for me to save for my retirement than a pension, 16% of female respondents disagreed. Fewer men disagreed (13%).

Important Information: For professional clients only. Past performance is no guarantee of future results. The value of an investment and any income taken from it is not guaranteed and can go down as well as up, you may not get back the amount you originally invested. Views expressed are of LGIM as at August 2022. The Information in this document (a) is for information purposes only and we are not soliciting any action based on it, and (b) is not a recommendation to buy or sell securities or pursue a particular investment strategy; and (c) is not investment, legal, regulatory or tax advice. Legal & General Investment Management Limited. Registered in England and Wales No. 02091894. Registered Office: One Coleman Street, London, EC2R 5AA. Authorised and regulated by the Financial Conduct Authority, No. 119272 Industry Voice: What do PIE and bridging options have to offer members? 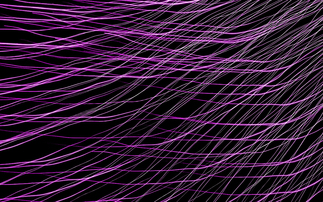 Plunging equity markets have wiped out all gains made by pension schemes from balanced pooled funds in the last year, BNY Mellon figures show.