The top issues for DC schemes and how to tackle them 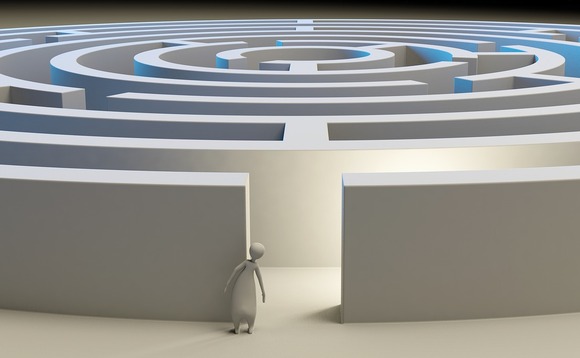 Defined contribution schemes face a whole raft of challenges in 2018. Kim Kaveh looks at how they should be approached

The defined contribution (DC) pensions sector has seen an array of changes in recent years.

Before 2012, automatic enrolment (AE) did not exist; now, the initiative has ensured over nine million are saving for retirement

Three years after the introduction of AE, Freedom and Choice was implemented, giving those aged 55 and over access to their pension pots. And DC policy changes did not end there. In April this year, the government will increase minimum contributions to a total of 5%, and then 8% in 2019.

Following this, more policy changes will be implemented in the mid-2020s. These changes were laid out in the AE review, published at the end of last year.

It is arguable the government is on the right track to ensure members can enjoy a healthy retirement, but legislative changes alone will not lead to sufficient member outcomes.

Schemes need to know how to deal with the challenges these changes bring, but also tackle other issues where the government is not concerned.

BESTrustees chairman Alan Pickering says: "Challenges have been brushed under the carpet, and schemes cannot ignore them."

He believes the biggest and most important challenge is administration.

"There is a lot of the media coverage and intellectual fire power concentrated on the investment aspects. While investment is important, administration is even more critical in the DC world," he adds.

In defined benefit (DB) schemes, administration does not necessarily need the same frequent attention that DC requires. In fact, Pickering argues in DB, "you only must get the administration right around every 40 years, as someone comes to retirement age."

He adds: "In DC, you have to get the admin right monthly, weekly, and daily; depending on the frequency in which you allow people to contribute or to switch contributions."

"Those errors can be very transparent, and can undermine consumer confidence in DC pensions in particular, and the financial services sector in general."

Schemes must also know how to deal with the upcoming changes in contribution rate rises, as it could be potentially game-changing.

While it is likely that most people will absorb the changes with a positive mind-set that it is benefiting their future, schemes must be prepared for a potential increase in opt-outs.

According to the government's AE review, the opt-out rate rests at 9%, but is expected to rise to around 22% from April 2018 to March 2019, and approximately 27% from then on, based on 'conservative assumptions'.

Hargreaves Lansdown senior pension analyst Nathan Long says: "Schemes may have to rip up everything they know and think again.

"They can either bury their heads in the sand and hope inertia works, and no one notices the increase in contributions, or they can be upfront about it."

Here, it is also essential for schemes to look at potential cost increases that come with contribution rate rises.

A cost and option analysis is a sensible way to address this issue.

Hymans Robertson head of DC consulting Lee Hollingworth explains how this would work: "This involves looking at the potential cost increases, looking at a series of options, and then deciding which ones would best serve members. Schemes should then take the message out to members so communication grows."

But communicating is simply not enough. Workers need to understand what they are signing themselves up for, which is why a high standard of education and engagement is necessary.

One way to do this is to make sure there is alignment between where the member is investing, and the likely decision they will make at retirement.

There are three options: cash, drawdown, and annuitisation.

"Once they get to a place where they start to think about this, they are in an appropriate glide-path, given the decision they're likely to take at retirement."

But when does it become essential for schemes to ensure members are fully engaged.

Long says although it needs to start a lot earlier, 50 is the perfect age.

"It gives sufficient time for people to influence their actual outcome, and it's close enough to retirement to still be relevant to them. This is the point at which members are at the peak of their ‘retirement anxiety,'" he adds.

Schemes also face the continuing challenge of having a good default fund which provides adequate returns for members.

Pickering says good default funds are those "designed to meet the needs of particular groups of members."

He comments: "I would not get worried at all if there are 90% of members in the default. I think it's praiseworthy if they're in a default which has been chosen with them in mind."

Long believes defaults in general are well-constructed to achieve good returns, because there are high levels of due diligence, they are diversified funds, which are passively managed to keep costs low.

"If you're in a default fund you have access to the stock market at low prices in a wide range of geographical locations, and you have diversity of asset classes as well."

However, schemes could also encourage some people to take their own choice in certain circumstances - because a default can only ever be a one-size-fits-all investment.

Lastly, there has been a shift from employer-owned DC trusts to master trusts in recent years. According to The Pension Regulator's (TPR's) latest DC Trust report, master trust members have increased from 270,000 at the start of 2012 to almost 10 million in 2017, while the number of schemes (not including micro or self-administered schemes) has reduced by 52% to 2,180.

Last year, a handful number of small master trusts were taken over by larger providers or were in talks with bigger players to exit the market.

The regulator's latest figures show the number of master trusts registered with it has fallen to 81 as of December 2017 from 87 in January 2017.

Hollingworth says: "Many schemes are going down this road. It's a significant project to not want to be taken lightly in terms of challenges it involves.

"First, it's about assessing any barriers to exiting the existing employer's own trust scheme, working in collaboration with the trustees to understand that, having a set-up position and a green light to proceed from there."

He explains the next stage would be conducting a market provider evaluation selection exercise, which involves evaluating providers to find the one best for their needs and membership.

He adds: "Having done that, it's then about ensuring members know the benefits, and moving on to implement the scheme.

"Lastly, having got the scheme in place, it's then about putting in appropriate level of ongoing oversight, to make sure the new scheme fits the employers and the member in the long term."

It is evident there are many challenges for DC schemes which need to be addressed this year.

Communicating with members about their retirement choices will have a positive impact; members must understand the benefits of saving for retirement, so they feel good about their decisions.

Putting member communication aside, schemes must ensure the work in the ‘background' is done to a high standard. It is essential that scheme administration is up to scratch, default funds provide decent returns, and master trusts are in a good position to better serve their members.

Having a purpose
A scheme must first be clear about its purpose before it can help its members.

Hymans Robertson head of DC consulting Lee Hollingworth says it is important for trustees to take time out to think about their scheme's ambition, what they are there to achieve and then working through the strategy.

"Then, they look to set some objectives around achieving that ambition," he adds. "This would be a series of objectives that they set out over the course of the year so they can look back at the end of the year and assess how successful they've actually been."

One way to do this is to firstly address where their members are today, and then look at potential actions to improve their overall adequacy.

Day two: Box Clever trustees 'held out' for 100% benefits while company was in receivership 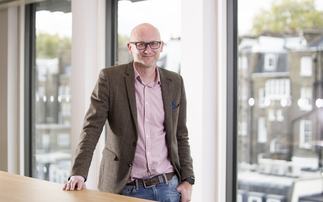