Ahead of the second Budget of 2017, industry experts tell James Phillips what they think the chancellor will seek to change on 22 November.

Philip Hammond is preparing to deliver his second Budget of his career as chancellor amid tumult and fraught economic predictions.

With the difficulties of Brexit, a minority government, and dwindling macro-economic performance and estimations, he faces a difficult task to deliver crowd-pleasing proposals.

Altogether, this poses the question of whether Hammond will find the time to address pensions in his fiscal statement, let alone on a major scale.

Unsurprisingly, this appears to be a somewhat consensus view across industry experts, with most predicting there will be little if any change.

For example, Barnett Waddingham senior consultant Malcolm McLean believes the government will seek policies popular across the party in order to mitigate any risk from rebellious backbenchers.

"It seems highly unlikely, with a minority government and its current pre-occupation with Brexit, that there will be any major alterations to pensions in this Budget," he argues. "The government will wish to avoid controversial policy changes that they fear might give rise to further embarrassing U-turns at a later date."

"Whereas the government may want to give an impression of a lot of activity, on a purely practical level very little is likely to happen on the pensions front at the present time."

"My prediction and hope is that pensions will not figure in the Budget at all," he says. "The problem with Budgets is that there has been a lot of tinkering around, and the more tinkering there is, the less inclined the individual subscribers to schemes are to keep up their level investment."

Hole in the Budget

Nevertheless, the chancellor has to find money needed for around £8bn of extra expenditure the government has committed to.

Not least, these include £1bn to Northern Ireland for its deal with the Democratic Unionist Party, removing the pay freeze for public sector workers and a U-turn over increasing National Insurance contributions for the self-employed.

Although tax relief and pensions allowances are often cited as possible Budget casualties and then not materialising, this hole increases the likelihood, according to Prudential head of technical Les Cameron.

"The government needs to raise some money; they might tinker with the amount of the annual allowance," he argues, stating this could go from £40,000 currently to as low as £30,000.

"Likewise, with the lifetime allowance (which is £1m), they're just about to increase it [in line with the Consumer Prices Index], so maybe they will postpone that. Maybe they'll do something about reducing it."

"For lifetime allowance purposes, you currently multiply your pension by 20 if you're in a final salary scheme. That figure is over a decade old now and it's not reflective of the value of a DB pension. You could maybe see that going up to 25 or 30 to properly reflect the value of today's market."

Society of Pensions Professionals president Hugh Nolan agrees such issues may be on the cards, including cutting higher-rate tax relief, which was apparently under consideration in July.

"I doubt the chancellor will call for radical change to pensions at this moment in time, although he may reduce the annual or lifetime allowance slightly," he states.

"As an outside bet, I would not be entirely surprised if the higher rate of tax relief for pension contributions is withdrawn. If this is the case, I would like to see a proportion of the saving redistributed to lower paid people by boosting tax credits to a standard 30%.

"I would be reasonably happy with a status quo Budget announcement, though it would be an added bonus to see the chancellor take the opportunity to simplify the system by removing some of the detailed technicalities."

It could also seek to scrap National Insurance exemptions on employer pension contributions, he suggests.

Several ideas have been floated as potential proposals in this month's Budget, including the aforementioned tax relief cut. In addition, the Treasury has reportedly thought about funding tax cuts for younger workers by slashing pension tax relief for older pension savers in order to narrow intergenerational inequality.

Yet, there is little expectation either of these will go ahead.

The AMNT's Weeks states: "We've heard suggestions about taxing pensioners more than young people, but hopefully that sort of thing will have withered on the line. I'm hoping that won't resurface."

And JLT Employee Benefits head of technical John Wilson believes changes might be on the horizon for other savings vehicles.

"Theresa May's government needs a popular Budget, and pension changes have historically resulted in those losing out complaining loudly," he argues. "However, we may see an extension of lifetime ISAs, which may be popular politically and, while seen as a threat to pensions by some, could encourage saving among younger people."

Major reforms of the pension system are looking unlikely in next week's Budget, yet a desire and need to balance the books could see some mild tinkering to raise revenue.

Yet, these fiscal events have often surprised, and so the industry should always be prepared for something they may not have given credence to. 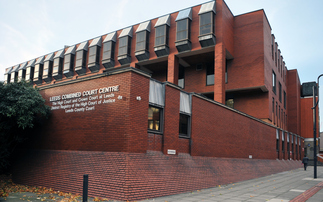