Announced late on Tuesday (17 November), the new 10 Point Plan for a 'Green Industrial Revolution' is underpinned by £12bn in new and previously announced investments in the green economy, which Number 10 predicted would mobilise three times as much private sector investment in support of the UK's 2050 net-zero goal, potentially taking the total investment unleashed by the new strategy to nearly £50bn.

However, the BBC reported that only around £4bn of the promised funding has not been announced previously, sparking unfavourable comparisons with Germany's recently announced €40bn (£35.7bn) green recovery package and accusations from political opponents that the new strategy will not put the UK on track to meet its medium- and long-term emissions goals.

But the Prime Minister this evening insisted that the plan would be at the heart of his ambitious economic recovery plans for the country.

"Although this year has taken a very different path to the one we expected, I haven't lost sight of our ambitious plans to level up across the country," Johnson said.

"My 10 Point Plan will create, support and protect hundreds of thousands of green jobs, whilst making strides towards net-zero by 2050.

"Our green industrial revolution will be powered by the wind turbines of Scotland and the North East, propelled by the electric vehicles made in the Midlands and advanced by the latest technologies developed in Wales, so we can look ahead to a more prosperous, greener future."

The plan includes £500m of new funding for green hydrogen projects, £535m for large and modular nuclear power developments, an additional £200m to support the development of four carbon capture and storage clusters over the next decade, £500m to help boost EV battery production, £20m for the development of green shipping technologies, and a further £1bn to extend the existing Green Homes Grant and Public Sector Decarbonisation schemes for a further year.

In addition, the government confirmed a series of policy moves that are expected to catalyse massive private sector investment in the net zero transition.

For example, the plan confirms the government is to bring forward the ban on fossil fuel car sales by five years to 2030, giving car manufacturers a decade to switch entirely to manufacturing EVs and plug-in hybrids, backed by £1.3bn to support the rollout of EV charge points in England, and £582m in EV grants.

Plug-in hybrid vehicles that can travel a "significant distance" without emitting CO2 would receive a five year repreive, but would still have to be removed from sale from 2035, the government said.

A consultation on phasing out sales of heavy goods trucks running on diesel fuel has also been announced, although no target date for ending the sale of diesel trucks has been proposed.

And, the government is targeting the installation of 600,000 heat pumps every year by 2028 to drive the shift away from gas boilers in homes.

The plan also reiterates Johnson's promise last month to power all UK homes with offshore wind by 2030, alongside a host of new and existing commitments targeted at wider green energy sector, including support for a number of cutting edge clean technologies.

For example, the £500m of new funding for hydrogen infrastructure will see almost half go towards scaling up 5GW of new production facilities for the low carbon fuel, with the remainder targeted at trialling its use for home heating, with an ambition to deliver the UK's first 'hydrogen town' by 2030.

An extra £200m of new funding will bolster existing funding to support the development of two carbon capture clusters by the mid-2020s, followed by another two by the end of the decade, taking total planned investment in CCUS clusters to £1bn.

A vote of confidence in nuclear power from the government will also see £525m of state support provided to help develop both large and smaller-scale nuclear plants, and for small modular reactor R&D, while a £20m competition is aimed at supporting the development of clean shipping technologies.

However, final details on how the government intends to support the development of new nuclear reactors is not expected to be confirmed until the long-awaited Energy White Paper is published.

The package follows a wave of green funding and policy announcements earlier this year, including a £1bn energy innovation fund, £5bn active travel funding, and £5.2bn for new flood and coastal defences in England by 2027, as well as Chancellor Rishi Sunak's recent confirmation that UK firms will face mandatory climate risk reporting from 2025.

The Prime Minister had been expected to unveil the new package with a major set piece speech to mark the year-long countdown to the COP26 Climate Summit in Glasgow next year, but Number 10's plans for this week have been disrupted by Johnson being required to self-isolate having last week met with an MP who later tested positive for Covid-19.

Writing in the Financial Times yesterday (18 November), Johnson stressed the critical role of the business community and technology developers in catalysing a green recovery and putting the UK on course to meet its net-zero goal, and announced plans for a new 'Net-Zero Taskforce' of business leaders.

"Now is the time to plan for a green recovery with high-skilled jobs that give people the satisfaction of knowing they are helping to make the country cleaner, greener and more beautiful," he wrote.

"Imagine Britain when a Green Industrial Revolution has helped to level up the country. You cook breakfast using hydrogen power before getting in your electric car, having charged it overnight from batteries made in the Midlands.

"Around you the air is cleaner; trucks, trains, ships and planes run on hydrogen or synthetic fuel."

He also promised that the government would "provide clear timetables for the clean energy we will procure, details of the regulations we will change, and the carbon prices that we will put on emissions".

And he stressed that the 10 Point Plan could prove "a global template for delivering net zero emissions in ways that create jobs and preserve our lifestyles", as the government continues to step up calls for other countries to strengthen their decarbonisation plans ahead of next year's COP26 Summit.

The breadth of the ten-point plan was warmly received by green groups and businesses, as was the promise to bring forward the ban on petrol and diesel car sales.

Climate Change Committee chief executive Chris Stark said that if backed by a detailed roadmap towards net zero, the plan would "transform Britain for the better" and "raise the UK's credibility ahead of the pivotal COP26 climate summit next year".

His comments were echoed by CISL director of policy and director of The Prince of Wales's Corporate Leaders Group Eliot Whittington, who hailed the plan as "a good step forward for climate action and the UK economy".

"Such a broad and all-encompassing set of plans and actions to accelerate climate action and build a sustainable competitive, zero carbon economy is almost unprecedented," he said.

"The commitment to mobilise £12bn of investment and create 250,000 green jobs will help not only to rebuild the UK economy at a critical time, but also to accelerate UK emissions reduction over the coming decade.

"This aligns with action by leading UK businesses, who are setting out their own interim targets and plans to significantly reduce their emissions over the coming decade."

However, concerns were also immediately raised about the scale of funding announcement from the government, with unfavourable comparisons drawn to France and Germany which have this year earmarked €30bn and €50bn, respectively, for immediate investment in green projects as part of their Covid-19 recovery plans.

The government's announcement also comes ahead of a report from audit giant PwC that estimates the UK requires an additional £400bn of investment in infrastructure over the next decade to put it on a trajectory to meet its 2050 net-zero target, which amounts to £40bn per year.

Similar studies in recent months have warned the UK faces a significant green infrastructure investment gap that has been further widened by the coronavirus crisis and the repeated delays to crucial policy documents such as the Energy White Paper and the National Infrastructure Strategy.

Labour's shadow business secretary Ed Miliband said the funding announced today "falls well short of what is required", as he urged the government to bring forward £30bn of capital investment over the next 18 months towards to deliver a green recovery from the pandemic.

"The funding in this long-awaited announcement doesn't remotely meet the scale of what is needed to tackle the unemployment emergency and climate emergency we are facing, and pales in comparison to the tens of billions committed by France and Germany," he said.

"Only a fraction of the funding announced today is new. We don't need rebadged funding pots and reheated pledges, but an ambitious plan that meets the scale of the task we are facing and - crucially - creates jobs now."

Chief executive of climate change think tank E3G Nick Mabey argued that the 10 Point Plan "delivers on green but not on the recovery", warning that while the targets for cars, offshore wind and heating are ambitious, the plan's focus on "short term or unclear funding support [means] investors will not be attracted to UK green industries".

The 10 Point Plan comes ahead of next week's Spending Review, which green businesses will be hoping delivers further commitments from the Treasury, while the long-awaited Energy White Paper is also expected towards the end of the month, potentially delivering much needed policy clarity for the UK's net-zero drive as the government looks to unleash private investment.

Aldersgate Group executive director Nick Molho welcomed the PM's plan to align the UK's economic recovery with the net zero transition in order to create hundreds of thousands of green jobs, but highlighted a number of crucial gaps still outstanding in the government's green agenda.

"For example, the 10 Point Plan doesn't address the lack of regulatory drivers in buildings that is currently hampering private investment in energy efficiency and low carbon heat and it doesn't recognise the urgent need to set up a well-capitalised national investment bank to grow investment in complex low carbon technologies," he said.

"For the UK's domestic policy commitments to be effective, the government must also not lose sight of the fact that any future trade agreements must be fully supportive and consistent with the net-zero target."

Reports over the weekend suggested that the Treasury was blocking some of the more ambitious components of the 10 Point Plan amidst growing concerns about the impact of the pandemic on the nation's accounts.

Professional Pensions' sister title BusinessGreen understands there were tense negotiations between Number 10 and Number 11 on the scale of the stimulus package, but insiders stressed that there had been a step change in the Treasury's engagement with the need to decarbonise the economy in the 18 months since the UK set its net zero target..

Number 10 also pushed back at comparisons with Germany's green recovery package, arguing that it includes compensation payments for closing coal power plants, while the UK's £12bn plan could be expanded further if other areas such as climate resilience spending were included.

"The job is never done, but this plan is a significant moment and a significant downpayment on the next phase of the transition that puts us in a good place with a year to go to COP26," said one government source. 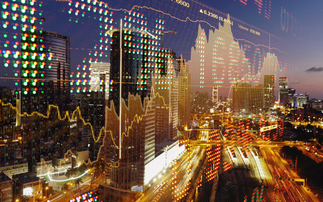 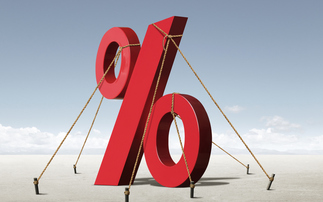 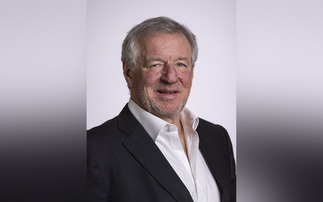