B&CE turned 75 in October last year. Jonathan Stapleton speaks to Patrick Heath-Lay about how the not-for-profit provider has evolved since it was founded in 1942.

The 1st of October 2012 was a momentous day for B&CE. Its flagship holiday pay scheme was coming to an end; auto-enrolment (AE) had officially started; and Patrick Heath-Lay began his tenure as chief executive. The day was also Heath-Lay's birthday.

The B&CE story began just over 75 years ago in 1942, when it was set up by trade unions and employer organisations after a Holidays with Pay Committee, chaired by Baron Amulree in the 1930s, found that very few construction workers received paid holidays as they moved jobs too frequently or were laid off before the holiday period.

The resultant industry-wide holiday pay scheme which allowed employers to buy holiday stamps with National Insurance (NI) exemptions to give to employees was hugely successful - growing to look after around 6,000 industry employers and several hundred thousand of their employees, processing 12,000 movements every month.

However, in 2007 the organisation faced a significant setback when the government announced it was withdrawing the NI exemption.

Although the construction industry was given a five-year grace period, it was clear the organisation needed to evolve to meet the challenge.

28 October 1942 - B&CE established to provide a holiday pay scheme for workers in the building and civil engineering contracting industries.

1963 - B&CE moved to offices in Manor Royal. At the time, it was the tallest office block in Crawley.

1975 - B&CE introduced a death benefit scheme, which paid out a lump sum to the family of a member of the scheme if the member died before they were 65.

1986/1987 - In 1986, B&CE introduced a plan enabling members to boost their retirement benefits by making regular voluntary contributions to the scheme and in 1987 an accident benefit scheme was launched. The combination of products enabled employers to meet their obligations under the construction industry's working rule agreement.

1988 - B&CE launched its own contracted-out pension scheme as an alternative to the State Earnings Related Pension Scheme.

2000 - Nearly forty years after moving to Crawley, B&CE moved to new premises on the same site.

Yet, foundations for this evolution had already been set in place with the launch of B&CE's stakeholder pension scheme in 2001.

Heath-Lay says the move to stakeholder marked the start of B&CE's transition. He explains: "We were trying to bring pension provision to those that typically wouldn't get access to it."

Yet, despite that EasyBuild grew to become the largest stakeholder provider by members, contributions were low and it was difficult to get individuals to save without AE.

The Pensions Act 2008 provided the impetus for change, with B&CE deciding to launch a new scheme, The People's Pension, for the start of AE. B&CE also decided to offer this scheme to the whole market.

Heath-Lay says: "This was a bold decision for the board to back. We never intended to provide pensions for anyone other than those in the construction industry but decided to go whole of market when we saw everyone else's activity."

This decision to go whole of market clearly paid off - and, as of 31 December last year, B&CE managed assets of £2.8bn for three million members and had more than 70,000 employer clients.

Yet going from around 5,500 employers to more than 70,000 has been a significant piece of work for B&CE - especially as it prides itself on its customer service.

"We have had to work very hard to keep pace with that growth and maintain service levels."

Yet, even now the staging process for AE is coming to an end, Heath-Lay believes there is much left to do, especially the continued challenge of keeping things simple.

"I'm sure most of the pensions industry will say exactly the same thing, but we have shown that creating a simplistic approach really does pay benefits."

Heath-Lay thinks another of the key challenges going forward will be how B&CE develops its proposition to help members deal with the challenges of Freedom and Choice.

He says: "Individuals are being asked to make one of the biggest decisions of their life in terms of what to do with their money. As a provider, we have to look at the way in which that changes the retirement landscape and what other products and propositions and support needs to be built in."

He adds: "We have to do right by these people and provide the stuff that needs to sit alongside The People's Pension that really supports them into retirement and beyond.

Yet while B&CE is looking to maintain service levels and continues to develop its proposition to members, it is also looking to grow both through provider switches and the acquisition of other providers, something seen recently when B&CE absorbed almost £20m in funds under management from the Your Workplace Pension master trust.

Heath-Lay believes you only need to look at where policy is going to realise that it will force some providers to consider merging with larger master trusts - noting that B&CE will consider such approaches.

He says: "We have a solid financial base, a solid process and the capability so there is no reason why we shouldn't play an active part in consolidation of the market - doing so means we can ultimately bring greater economies of scale to both employers and to members."

Heath-Lay adds: "If we can bring greater value to the members and ultimately benefit them more, then we'll welcome more into the scheme. The trick is really to keep it simple and keep the cost base under control."

B&CE is also doing a lot of work on its investment offering - and is a firm supporter of the transparency agenda, having published a full breakdown of all its transaction costs last September.

But, up to now, it has taken a simpler approach to its default investment proposition - taking the view that as the scheme grew in size, it would increase sophistication.

Heath-Lay says: "We entered this market with a very straightforward investment proposition because in a market that needs to move to maturity, you need an investment offering that moves in the same way."

He adds: "We deliberately did not go down the path of building all the bells and whistles for everything that could possibly be needed from day one - it would just make it too expensive. And then you couldn't serve our market."

However, the scheme is now, under the eye of its chief investment officer Nico Aspinall, looking to develop a roadmap for the scheme's investment strategy and assessing how it can improve risk-adjusted returns.

"Like everyone, I want the best possible outcome with the lowest possible risk," Heath-Lay explains. "Nico is currently having conversations at both the board and trustee level looking at how we can achieve this and how we can invest a bit more into the proposition to take some of the risk out."

But, B&CE isn't just about pensions - as its heritage as a holiday pay scheme provider shows. It also provides a range of other benefits to the construction industry, such as accident and life cover, employee healthcare and injury insurance.

It is working to improve the occupational health of the construction industry - to help employers identify any health issues early and demonstrate compliance with industry requirements.

But Heath-Lay explains that the experience garnered from The People's Pension means any benefits gained from this initiative are likely to be shared with other industries.

"The one thing we have learned is that this organisation will serve beyond just its traditional roots - the issues the construction industry faces are common in other industries and sectors as well."

Position Patrick Heath-Lay is chief executive of B&CE, a role he took on in October 2012.
Previously Heath-Lay started his career at B&CE in 1985 working in the organisation's mail room. Since then, he has held a range of financial and customer-focused roles within the company and was instrumental in launching The People's Pension in 2011.

Heath-Lay has spent more than 30 years at B&CE - beginning his career working in the mail room in 1985 - so there are probably few who know the organisation's values better.

Indeed, one of the first things that Heath-Lay did when he became chief executive in 2012 was to assemble a group to revisit the organisation's written value statement - saying the ones they had previously looked more "laminated than lived".

They captured the organisation's essence in three values: creating simplicity, showing compassion and keeping promises - values that Heath-Lay says have driven the business ever since.

He explains: "The challenge of continuing to drive the organisation through that growth and continuing to meet the needs of members but, at the same time, holding true to that core set of values - holding on to that belief of why we are different and how we can make that work in the market - is really key for us." 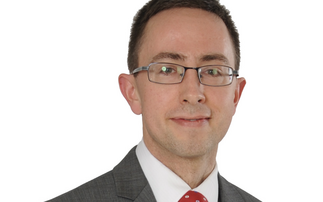 Aon promotes 13 to partner in wealth and health division 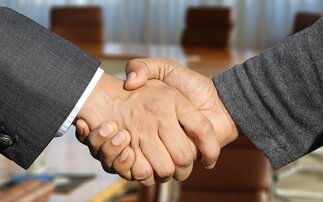