Interview: NGUKPS talks about its OCIO deal with Russell Investments 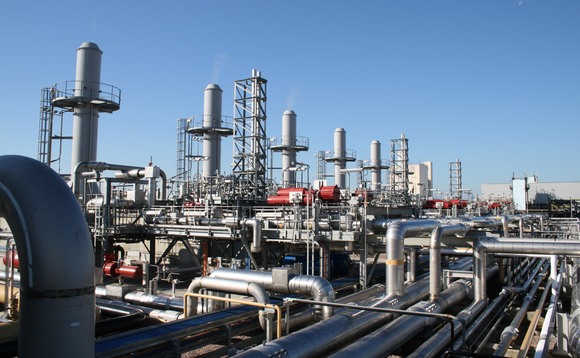 Like many defined benefit schemes, the 50,000-member National Grid UK Pension Scheme (NGUKPS) has undergone quite a bit of change over recent years.

The scheme - which closed to new members in April 2002 and provides pensions to the longstanding and former gas employees of National Grid - was sectionalised into three parts in 2017 as a result of the utility firm's sale of a majority stake in its gas distribution business to Cadent Gas.

In June 2019, National Grid sold the remaining stake in its gas distribution business to Cadent; a deal which resulting in the firm putting in place its own pension scheme, the Cadent Gas Pension Scheme, to which the assets and liabilities of section C of the NGUKPS were transferred in September 2020.

At this point the £13bn scheme decided it would be an "opportune time" to outsource its investment oversight and implementation - a process that led to the appointment of Russell Investments in one of the largest outsourced CIO (OCIO) transactions to date.

The scheme's mandate with Russell Investments covers investment oversight and implementation but not strategic asset allocation, which is being retained by the scheme's trustees and trustee executive.

NGUKPS chief executive Chris Hogg says the key driver behind the move was to increase the capacity of the scheme's executive team and trustee board to focus on more strategic issues such as risk management and asset strategy.

He hopes the move will further enhance the governance of the scheme - increasing the flexibility and adaptability of the scheme; leveraging its investment expertise; and strengthening its operational processes and technical infrastructure.

Hogg explains: "This is not a traditional OCIO arrangement - it is a specific mandate that's designed to work in our new operational model and the trustee executive and trustee has retained strategic asset allocation.

"The reason we have done this is to increase the capacity of the executive team and the trustee to focus on strategic areas such as risk management without being distracted by the day-to-day of oversight and implementation."

Hogg adds: "We're very much looking to play to our strengths - getting the benefit of both the expertise and the scale of the OCIO market as well as the in-house executive team's expertise and strong alignment with the trustee."

NGUKPS head of integrated risk management Per Nilsson Eklof agrees: "Outsourcing our oversight and implementation function will provide us with more flexibility and adaptability as we continue to mature - allowing us to focus on the strategic aspects, our long-term objectives, as opposed to focusing on the day-to-day and the oversight."

Nilsson Eklof says one key benefit of the move is also the leveraging of investment expertise - something that is core in terms of the arrangement it has struck with Russell Investments.

He says: "We are a mature scheme and don't expect to make wholesale changes but, at the same time, investments are complex and there are increasing regulatory requirements. By outsourcing we found a partner who both had the expertise and the ability to help us navigate the wider regulatory environment as well, allowing us to focus on the strategic level."

She says: "We get the benefit of the infrastructure that OCIO offers as well as all the existing processes that sit within that world."

Russell Investments' appointment followed a rigorous selection exercise which was conducted by the in-house NGUKPS team with support from PwC - a process that took, from genesis to going live, just under 12 months.

Hogg explains: "The project started with a brief feasibility study, which we used to get the approval from the trustee to proceed. Around six months after that, we were able to go back to the trustee with a clear recommendation on a preferred provider, which was approved. After that, we were into the legals, firming up the details of the mandate, and implementation. It was a fairly intense period."

The scheme started the process by looking at the market at a fairly high level - first of all testing whether it made sense to propose a change to its operating model, but also getting to understand the market and the areas that were particularly important to the scheme.

NGUKPS then used six criteria - strategic fit; capability; financial strength; service; operations; and transition - to draw up a longlist before whittling this down to a shortlist and arriving at a preferred provider, which was recommended to the trustee.

The NGUKPS team also used PwC to give it some input in the latter part of this selection process.

Hogg explains: "We recognised the benefit of getting a broader viewpoint and making sure that we hadn't missed anything as we went through the process."

He explains: "The scheme was very clear about what it was trying to achieve through this process in terms of the executive team wanting to focus more on those strategic issues.

"That clarity helped us to understand where we could help the in-house team and build that partnership by bringing in the flexibility and adaptability, the investment oversight and the technical and infrastructure that we have."

Implementation and next steps

The scheme's mandate with Russell Investments went live in December. The scheme said that investment operations were the key part of this transition given the need to ensure there was money available to pay cash commitments from day one, but it said the process had gone smoothly - something Rae attributes to both the efforts from the scheme's in-house team as well as Russell Investment's dedicated project management resource.

Rae says: "It was critical we were co-ordinating the right people to understand the existing processes and activities, and to understand how we could tailor our processes to support and align with that."

Going forward, Rae says Russell Investments is now "bedding down" the mandate - particularly around the first quarter reporting and ensuring the investment inputs into the scheme's integrated risk management are there. He said there will also be a focus on ESG and some of the TCFD requirements that are now coming through. He said that ensuring that there was sufficient transparency and communication between all the stakeholders was also key.

Hogg agrees that ensuring the scheme had the right level of transparency of the processes and of the relationships between Russell Investments and the managers was key - particularly given the NGUKPS's long-term relationship with Legal & General Investment Management (LGIM), the asset manager that took over its in-house asset management arm in 2015 and still manages around three-quarters of the scheme's portfolio.

Hogg says: We need to be able to go back to our trustee and give them the reassurance that the mandate is working properly and as intended.  We can only do that if we've got sufficient transparency - that was something we realised early on and Russell Investments have been very helpful in making sure we get the right level of visibility."

Hogg says the scheme has learned a lot as part of the move to OCIO - not least in terms of the process it went through to get there.

He says the process the scheme went through to define the criteria that were most important to it as a scheme was particularly useful.

Hogg says: "For other schemes looking at this, they should certainly feel it's a good process to just sit down and think about what's important to them and what they want to focus on.

"It may well be that many schemes look for consultant input to make sure that they've got that coverage, just like we did. But I think it's a good idea to start yourself and really challenge yourself to answer the question: what's the most important thing for us? Doing that put us in a good position as we then went through the selection exercise."

Hogg says the second learning lesson for him is about really specifying the mandate.

He explains: "We did that at a high level fairly early and then refined it as we went on. Post-selection, when we'd got into implementation, we were then really challenging ourselves and working with Russell Investments to write down very clearly exactly what we meant by this mandate and what the different roles and responsibilities were -  that took quite a lot of energy and time to do, but I think we benefited a lot from spending time in that area."

Finally, Hogg believes schemes should not forget the importance of cultural fit - which he said was an incredibly important factor to the NGUKPS.

He says: "Having a strong cultural fit is a good foundation for a partnership - in any relationship like this, you need to work on that and having open communication is really important to allow you to get the partnership to work as effectively as it possibly can."

The growth of OCIO

The NGUKPS scheme's fiduciary management deal with Russell Investments is the latest in a line of major OCIO deals - transactions that included the £21.5bn BA Pensions deal with BlackRock last June.

He states: "Growth in the industry over the last decade has generally been as a result of mid-sized and smaller pension schemes looking for efficient solutions to reduce the investment risk through greater diversification, increased sophistication and more efficient liability hedging.

"However, increasingly larger schemes are considering their outsourcing options driven by the continued complexity of managing towards endgame solutions, increased regulatory demands, and the desire to develop effective ESG approaches, particularly around climate change. We expect to see further growth in outsourcing by large, mature pension schemes in the period ahead."

Hogg agrees: "There is a maturing of the OCIO market in the UK and I absolutely think that we'll see that there's a lot of activity in that area over the next couple of years. There's basically the pull factor of the maturing industry and the push factor of defined benefit schemes becoming increasingly legacy."