The trustees of the BHS pension schemes and Arcadia have written to the Work and Pensions Committee accusing The Pensions Regulator of "misrepresenting facts" in oral evidence on Monday - a move that has forced the watchdog to issue a clarification.

In a letter to the Work and Pensions Committee, seen by Professional Pensions, the trustee chairman of the BHS Pension Schemes, Chris Martin, said the trustees wanted to clarify facts they believe were "misrepresented to the committee" by TPR chief executive Lesley Titcomb during her evidence on Monday.

Martin said: "Contrary to the implications given during the Oral Evidence Session, the Trustees worked openly and collaboratively with the regulator since the Summer of 2014 when certain proposals were put forward to them in relation to the BHS schemes.

"In particular, I would like to make clear to the Committee that the trustees notified and kept the regulator appraised of developments relating to the sale of the company and shared information with the regulator at all stages of the sale process, including joining a meeting on 4 March 2015 with representatives of both TPR and Arcadia at which the sale of BHS was discussed. The trustees and their advisers also kept the regulator updated in subsequent conference calls and emails (including an email of 10 March 2015) in the days leading up to the announcement of the sale."

Arcadia has also written a letter to the Work and Pensions Committee and the Business, Innovation and Skills Select Committee saying the regulator had been given advance notice of the sale, contrary to evidence provided by the regulator to the committee.

The letter said: "Ms Titcomb told the committees that TPR only became aware of the sale of BHS from the newspapers after BHS had been sold.

"This evidence has been widely reported in the press, but it is incorrect."

The letter added: "Discussions involving the Arcadia group and the trustees of the BHS pension schemes in relation to a possible pensions solution commenced in January 2014. TPR was involved in these discussions from at least July 2014."

In response to the letter from Arcadia Group, Titcomb has written to the Committee to "clarify the level of engagement" received from the trustees of the BHS Pension Scheme regarding the potential sale of the business.

In the letter, Titcomb said: "In the months preceding the sale TPR was engaging with the trustees and sponsoring employer of the scheme regarding the scheme's 2012 valuation and recovery plan and then proposals regarding a potential restructuring of the BHS pension schemes; these proposals were subsequently withdrawn. In January 2015, TPR opened conversations with the trustees regarding the potential sale of the sponsoring employer in response to reports about a possible sale of BHS.

She added: "TPR was not approached for clearance in advance of the transaction, and, as I explained in my oral evidence, we learned of the confirmation of the sale to Retail Acquisitions Ltd on 11 March when it was made public. TPR was not informed about this in advance."

"TPR subsequently learned that Swiss Rock had changed its name to Retail Acquisitions Ltd. Upon learning of the sale completing, we opened an investigation into whether it would be appropriate to use our anti-avoidance powers in respect of the transaction. This investigation is ongoing."

In its response to Titcomb's letter, The Work and Pensions Committee said it will be writing to TPR requesting documentation charting all interaction with Arcadia Group and the BHS pension trustees over the relevant period, and will be requesting a clarification of "why there was not sufficient information to assess the potential impact on the pension schemes".

The transcript of Lesley Titcomb's evidence can be found here.

LISA 'not a cure all' for retirement needs 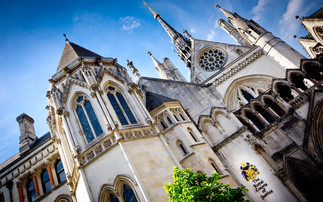 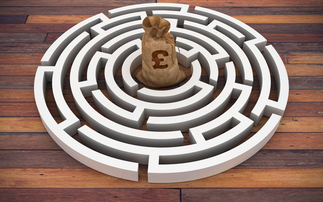