How pension schemes are managing in a crisis 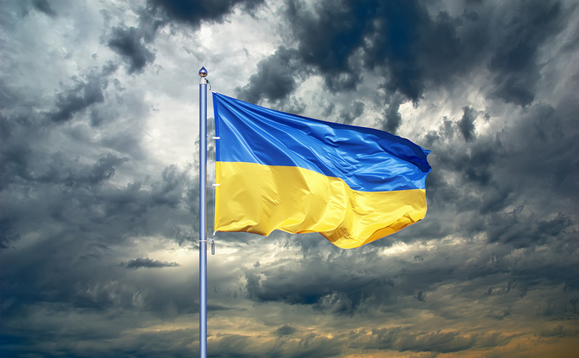 Despite ongoing talks between the two countries, it seems unlikely a resolution to the conflict will be reached at any point soon.

But as well as the terrible humanitarian consequences of the war, there has also been substantial economic fallout too. Oil and gas prices have risen sharply, stoking inflation fears globally; Russian trade has been substantially curtailed with sanctions; and investments in Russia have been all but wiped out as global businesses and investors withdraw from or suspend operations in the country.

The response by pension schemes and other investors to the invasion was immediate and, in the days following Russia's attack, a number of pension schemes announced they would reduce or sell all their holdings as soon as possible.

Schemes announcing divestment included Nest, which said it would sell all existing Russian shares and government bonds as soon as possible and pledged not to buy any more; the BT Pension Scheme, which stated it had already cut its exposure to Russian securities since the beginning of the year and noted it would look to reduce exposures further if market conditions allowed.

The £82bn Universities Superannuation Scheme (USS) also said it was divesting its Russian holdings, with USS Investment Management chief executive Simon Pilcher noting "there was a clear financial as well as a moral case for divestment".

Major index providers including MSCI, S&P Dow Jones Indices and FTSE Russell also said they would remove Russia from the global stock benchmarks used by schemes for benchmarking and as a basis for their passive holdings.

The Pensions Regulator (TPR) also issued guidance for scheme trustees regarding the conflict - noting the scale of the developments and the wider impacts were hard to predict but adding that a period of heightened uncertainty seemed "inevitable".

TPR said schemes should prioritise its fiduciary duties when considering any exit from Russian investments and should also ensure it follows guidance from the Financial Conduct Authority around to make sure schemes meets requirements on entities that are subject to sanctions, or connected to sanctioned entities.

Above all, it said trustees should remain vigilant and talk to their advisers about any action they may need to take, depending on their scheme's investment, risk management or employer covenant exposures.

Dalriada Trustees director David Fogarty says the first thing his schemes did was to understand their level of investment exposure to Russia and Ukraine - asking also what their investment managers were doing and what it was they were expected to be doing.

He says while schemes had varying degrees of exposure - with only small amounts in global public market equity portfolios and more significant amounts in emerging market equity and debt mandates - the overall percentage overall was very low, with exposure to Russia of 0.1% for many schemes, holdings that many managers have written down to zero.

Schroders co-head of UK institutional Russell Smith agrees with this analysis - saying it had been assessing the potential market consequences "stock by stock and bond by bond".

He says: "We quickly communicated to clients that our exposure to Russia, Belarus and Ukraine was minimal at less than 0.1% of assets under management and that we would not be investing in Russian or Belarusian equities or bonds for the foreseeable future."

Fogarty says another key investment area his schemes focused on was counterparty risk - ensuring there was not any counterparty bank exposure as part of derivative contracts entered into as part of scheme liability-driven investment mandates.

Overall, however, Fogarty explains the overall market reaction to the crisis was surprisingly muted - adding that scheme funding levels have remained fairly stable during the crisis.

He says: "What you sometimes expect with crises is funding level volatility, something we haven't really seen - the exposure to Russia is negligible and doesn't really impact schemes and the market generally has not really reacted to the crisis as one might have predicted they could have done."

He adds, however, there is also a lot of turbulence in the market around interest rates and inflation expectations - making it hard to disaggregate what's happening to markets and put movements down to any specific situation.

Another significant area of focus for schemes has been the impact of the crisis on a sponsoring employer's covenant.

Mercer partner and UK wealth trustee leader Tessa Page explains: "We've seen some schemes need to think a bit more carefully where there are more material covenant impacts for defined benefit funds. And that's not necessarily because the employer is operating significantly in Russia, it is more about how the supply chain impact and the impact on energy prices is feeding through to things like manufacturing companies in the UK.

"Understanding what this means for the long-term covenant strength is key and has been an area of focus for some schemes, but obviously that's very employer dependent."

WTW senior covenant consultant Adrian Bourne and employer covenant consultant Charlie Jackson agree but note that, for many schemes, covenants are already well understood, there is a regular flow of information between the sponsors and trustees, and as such, little sense of any panic.

Bourne says: "There is an ongoing discussion and the Ukraine crisis, tragic though it is, is just another big material risk to understand."

He adds this comes on the back of Covid - another black swan event - and an environment that has already been quite challenging for some sponsors but one which has demonstrated the "tremendous resilience" of many businesses.

Bourne and Jackson say sponsors have been affected by a broad range of impacts from the current crisis depending on their sector - but note that some of these impacts can be mitigated.

They say one example is the airport and airline sector, which have seen a small single-digit fall in passenger numbers as a consequence of the closure of airspace in Russia and Ukraine but have partly compensated for this by opening additional routes to tourist hotspots such as Spain and Portugal.

But Bourne says if the conflict becomes wider; if, for instance, fuel prices have a significant impact on the cost of flights and passenger numbers; or indeed there is a recession in Europe, the impact could be much different.

He says schemes are dealing with these broader uncertainties by continuing their ongoing discussions with sponsors and through the ongoing monitoring of the situation. Bourne adds they have also benefited from work they had previously done to improve their position more generally.

He says: "Over the last few years, a lot of schemes have tried to get themselves, where possible, into a decent funding shape and trying to fix the roof while the sun shone - they have already been on that trajectory."

Cardano Advisory chief executive Darren Redmayne says the crisis has "reminded us all of the importance of covenants" and was yet another in a line of "once in a generation exogenous shocks" over the past years - shocks which have also included the Global Financial Crisis, Brexit, and Covid-19.

Redmayne says: "The Ukraine crisis has, I think, reawakened an ongoing appreciation as to the extent to which the covenant is standing behind these risks and other risks in in these schemes."

He says one thing that is different with this crisis is the response that is available to governments - noting that during the financial crisis, the immediate aftermath of the Brexit vote and in the Covid crisis, the response was economic stimulus and quantitative easing, stimuli that may no longer be available.

Redmayne explains: "That playbook isn't available in the same way to the Ukrainian crisis."

He adds the economy is currently seeing both inflation and interest rates rising and a higher risk of recession - something that could pose challenges for both the investment community and employers.

Despite this, however, Redmayne remains optimistic. He says: "The industry has shown incredible resilience through all the previous challenges, and will again."

He adds: "We're not expecting this to trigger a wave of scheme and corporate failures in the very near-term."

But he says if supply chain inflation becomes embedded and corporate earnings begin to fall then a recessionary environment might start to develop.

While asked about the implications of the war for pension schemes and their sponsors, all of those spoken to for this article acknowledged, first and foremost, the humanitarian tragedy of the conflict as well as the impact it was having on their own staff, some of whom have family members in the affected areas.

Bonds no longer a safe haven for pensions, Pictet warns 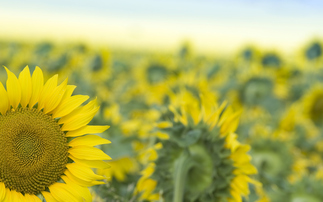 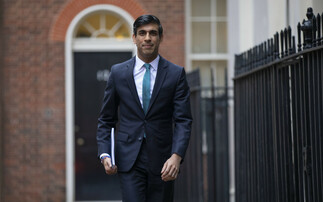 Calls for Zahawi not to let pensions fall by the wayside