Gig economy labourers have been given a renewed boost to their right to join a workplace pension scheme after the Supreme Court ruled they are 'workers' and therefore entitled to various workers' rights.

By reclassifying labourers at Pimlico Plumbers from 'independent contractors' to 'workers', the court has provided them with a partial suite of employment rights, including the right to be auto-enrolled into a pension scheme.

The case comes against the background of several gig economy firms being taken to court over the way they classify their workforce.

While many gig economy companies describe their staff as 'self-employed', or something similar, today's (13 June) unanimous Supreme Court judgment will set precedent for a number of other gig economy cases in the pipeline. This includes Uber, which last November lost its appeal of an employment tribunal ruling that its drivers were workers.

The case, although not directly related to pensions, was brought by engineer Gary Smith who had claimed he was unfairly and wrongfully dismissed (as well as other claims) when Pimlico Plumbers sacked him in 2011. Smith had won all steps of the legal process ahead of today's final judgment.

Prior to his dismissal, Smith had suffered a heart attack and requested his working days be reduced to three per week, and is now seeking compensation in the employment tribunal.

The case will have a wider effect for the gig economy and pensions sectors, with each company now likely needing to review the exact nature of its relationship with labourers to understand whether the judgment applies to them.

It could potentially lead to hordes of gig economy labourers being brought under the auto-enrolment (AE) regime, allowing the number of people covered by the programme to swell even further beyond the 10 million already enrolled.

The case comes after staging for AE concluded in February, with all employers having to auto-enrol their eligible workers by the start of that month.

A spokesperson for The Pensions Regulator said it would review the judgment and liaise with Pimlico Plumbers.

"We will study the Supreme Court's judgment and consider its implications," they said. "Employers have a duty to automatically enrol qualifying workers into a workplace pension scheme, and we carry out checks to ensure employers are giving their staff the pensions they are entitled to.

"We will continue to liaise with Pimlico Plumbers for information about its workforce and pension arrangements so  we can assess whether it is compliant with its automatic enrolment duties."

"The Supreme Court's decision that Gary Smith sits in the 'worker' bucket rather than ‘self-employed' shifts the piping of the employment system and the impacts will be felt throughout the whole structure," he said.

"Workers benefit from being auto-enrolled into pensions depending on their age and earnings. The cost of this and other benefits will hit company balance sheets and may cause them to rethink their business models.

"When it comes to AE, the company will have to pay a minimum 2% employer contribution for an employee. On top of this, there will be administrative costs."

The Supreme Court judgment does not necessarily mean all workers at Pimlico Plumbers will be entitled to be automatically enrolled. They will still be subject to the age and earnings triggers before being brought into the programme.

The case raises questions about whether the current employment law meets the needs of a changing economy, where increasing numbers of people are working within the gig economy.

Pimlico Plumbers chief executive and founder Charlie Mullins said he was "disgusted" at the judgment and the court's failure to recognise what he described as "outdated employment law".

"The shame of all this is that is generally accepted that current employment law is not fit for purpose and needs to be changed," he said. "But when it's put to the test in our highest court there isn't even the slightest suggestion there is a problem that needs to be addressed.

"The five judges had the opportunity to drag our outdated employment law into the 21st Century, but instead they bottled the decision, and as a result thousands of companies across the UK, who use contractors in an honest and responsible way, remain exposed to huge potential claims in the future."

The Department for Business, Energy and Industrial Strategy (BEIS) launched a consultation in February to explore how to make it easier for the businesses to understand the specific status of members of their workforce. Depending on the outcome, the rights of gig economy staff, as well as tax obligations, could change.

Winckworth Sherwood associate Tim Goodwin warned today's decision may be overturned by this legislation, and it may not even help all working in the gig economy.

"Even with a high level decision like this, to a degree the issue of employment status in the gig economy is up in the air," he said. "The government is consulting on this issue, and may bring forward legislation so it's quite possible that parliament may overrule this decision within the next few months or years."

How schemes are taking first steps to integrating ESG 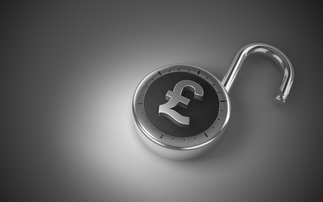 Association publishes GMP equalisation checklist for past transfers out 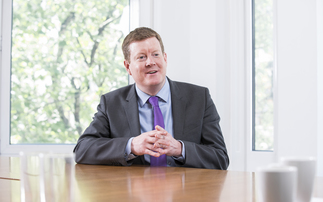 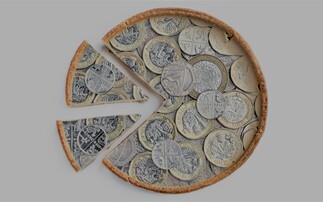 Buzz: Which small pots model do you prefer?

This week's poll looks at small pots and de-risking plans