Swaps can work for schemes of any size, say Suthan Rajagopalan and Greg Wenzerul 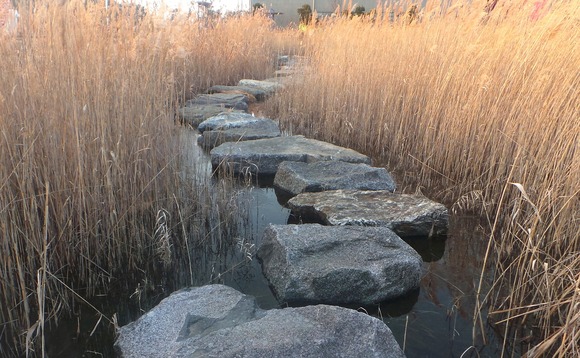 Longevity swaps have not commonly been seen as a solution for the masses, often used by large pension schemes, including those sponsored by financial services firms seeking to remove another risk from their balance sheets to mitigate their solvency requirements.

But, the longer-term efficiencies of hedging this longevity risk - the primary remaining risk that most defined benefit (DB) schemes now face - and the increasing maturity of the market mean these products are becoming more favoured across the market.

Zurich head of longevity risk transfer Greg Wenzerul explains: "Over the last ten years, we've seen a huge amount of assets and liabilities passed to insurers, but at the same time we've seen longevity as a percentage of unhedged risk increase."

This is bringing longevity risk into the harsh spotlight, says Mercer risk transfer partner Suthan Rajagopalan, as schemes realise there is a need to deal with it.

The Pension Protection Fund's (PPF) 2020 Purple Book revealed that the proportion of section 179 liabilities attributed to pensioner members has stayed broadly constant at around 40% since 2010, while deferred liabilities have grown from 27% to 40%.

This shift away from active members has allowed schemes to adopt different investment de-risking strategies - such as liability-driven investment (LDI) - to manage risks arising from cashflow, inflation and interest rates, but it does not deal with the risk of a member living longer than expected.

Rajagopalan explains that it is important to hedge this risk due to the material impact that unexpected longevity fluctuations can have. A one-year extension in life expectancy for an older pensioner can cost more in present value terms than that of a younger pensioner due to discounting, he says - and there are still other options, such as transfers, for deferred members that could see these liabilities removed before the longevity risk plays out.

"The vast majority of schemes have at least 50% pensioner liabilities, and some haven't longevity hedged any of that yet. With the balance of remaining risks left, longevity risk remaining unhedged naturally becomes a bigger proportion."

Ultimately, this risk has to be dealt with one way or the other and, as schemes see their endgame approach faster, with investment performance perhaps bringing it closer all the time, the idea of removing this risk amid preparation for a buyout can be enticing.

One of the easiest ways to do this is to purchase a bulk annuity contract. This is typically a series of buy-in deals that later convert to a buyout with a named insurer. But some schemes may not yet be ready for that jump. This is where a longevity swap can come in.

"Normally we say that if you're a good five to ten years away from buy-in or buyout, it probably doesn't feel safe to sit on your hands and hope," Rajagopalan says. "Hope is not an investment strategy."

It is, by and large, cheaper to insure longevity by itself through a longevity swap where the scheme retains assets (and potential outperformance) than taking out full risk coverage with an insurer through a bulk annuity deal for a large upfront premium - and this pricing has improved during the Covid-19 crisis.

"Covid-19 has brought in quite competitive pricing for reinsurers. Last year we saw the highest volume of longevity swaps to date," says Rajagopalan, explaining that the idiosyncratic nature of many pension schemes is a key factor.

"Part of that is the nature of pension scheme liabilities is very concentrated. It's very lumpy so you typically have the top 20% of pensioners by number making up between 50% and 70% of pensioner liabilities."

These wealthier individuals tend to have greater access to better healthcare and lifestyles - while younger non-pensioner may have worsening positions for example due to obesity and a longer period in which these can have an impact.

Wenzerul also explains that the pension scheme experience can be vastly different to that of the wider population. "A pension scheme is exposed to the specific risk that their membership doesn't follow national trends. Even medium-sized or large schemes with big numbers will be very impacted by the specific differences of mortality of their members. They will vary widely."

The arguments for hedging the longevity risk are stacking up - it is important to get it off the table to ensure the security of the scheme over the long term - but there are also practical benefits for taking out such a contract.

First is a swap's ability to make a bulk annuity process easier, an advantage that has been evident in the last few years. A longevity swap can be a stepping stone to a buy-in or buyout - and is often used as such.

Wenzerul says planning ahead and thinking of the longer-term journey plan is crucial when considering a longevity swap. "Flexibility is one of the key aspects of a longevity swap that make it such a valuable tool for pension schemes. It's absolutely critical from my perspective that swaps have the inbuilt mechanisms to novate."

In agreeing a longevity swap, a scheme's longevity risk is passed to an insurer, which immediately passes it to a reinsurer. The insurer in this process can be a designated intermediary, such as Zurich, or an offshore captive or passthrough solution, usually operated by the scheme itself.

The concept of novation is that this contract then transfers to the bulk annuity provider with either the intermediary stepping away, or remaining in the process behind the scenes. But essentially, the scheme hands a ready-made investment designed to hedge longevity risk - and this can be attractive to insurers.

"There is this growing trend of longevity swap innovations to bulk annuities," he says, "and in some ways it is going to become a requirement for the billion-pound-plus deals and insurers are going to have to adopt those business models - but also for the below £1bn schemes."

Schemes of all sizes

As an insurer which does provide access to the longevity reinsurance market with swaps, Zurich is particularly keen on opening the product up to a wider arrange of schemes of all sizes.

"It has always been my aim that the barriers for entry become lower and lower and it becomes a more standardised and accessible solution," Wenzerul says. "We continue to work with clients to look to where we can utilise and standardise the solution."

One element of this is making sure longevity swap contracts are clear on what the process is upon novation, agreeing whether Zurich will step back or not.

"We take comfort that there is clarity in all of our contracts in this regard," Wenzerul continues. "This is something that needs to be there from a flexibility perspective. There are certain contracts where we simply step away and we agree to that up front. It is key that pension schemes use this as a stepping stone to move towards annuitisation in a manner that meets their ambitions."

But even in those situations where the contract may be more rigid, Wenzerul believes "pragmatism will prevail".

Rajagopalan agrees: "Newer swaps have standardised novation clauses but in my mind, and other pragmatic minds, those clauses are almost the fallback. In practice, what everyone will do is get around the table and meet in the middle. The aim will be to work collaboratively without necessarily following every clause of the contract. So those earlier swaps would be possible to novate even if they didn't have those clauses in there."

After all, conversations around longevity swaps have moved on since the market launched in 2009 for UK pension schemes, he says. Now, it is primarily about supporting that endgame strategy.

Wenzerul explains: "For a scheme that does a longevity swap, novation is part of the journey plan. The question is ‘when?'."

Ultimately, he says, there are two reasons why a longevity swap might be suitable for a scheme's journey plan.

This is not to mean that schemes should hedge the longevity risk at any price, says Rajagopalan, however, but only at "the right price".

"We can hand on heart say to schemes that if you can't yet afford bulk annuities and if you are doing DIY de-risking, picking off parts when they are attractive, a longevity swap could be for your scheme whether large or smaller down to £50m of pensioner liabilities."

The case for hedging longevity in DB schemes 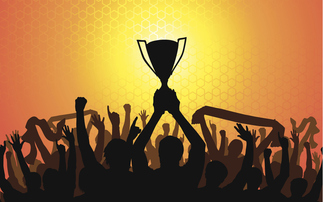 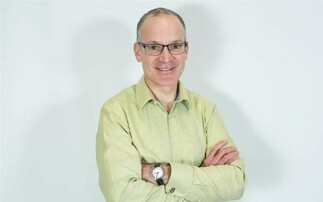