While the proposal received majority backing, this was without UCU support Universities Superannuation Scheme (USS) members and representative bodies will be consulted on implementing employer proposals for a “valuable, affordable, inclusive and sustainable scheme”.

It will also include a moratorium on the scheme for a minimum of 20 years with debt monitoring, a conditional indexation rate, and a pari-passu (equal footing) arrangement for secured borrowing above 15% of gross/net assets.

A 60-day consultation is now expected to begin when the joint negotiating committee's (JNC) recommendation is formally accepted by the scheme trustee.

UUK welcomed the development, noting the proposal was a "viable and implementable solution" and contained "unprecedented" additional covenant support of around £1.3bn.

A spokesperson said: "USS's formal assessment of the scale of the deficit means that no change is not a viable option. We understand that the benefit changes passed by the JNC will be unwelcome for scheme members, but the huge increases in contributions required to keep benefits the same are unaffordable for most members and employers."

It will progress to a consultation despite lacking the backing of the University and College Union (UCU), which did not table an alternative proposal at a meeting on 31 August. A casting vote was made by JNC chair Judith Fish.

The idea is designed in response to a technical provisions deficit for the defined benefit (DB) section of between £14.9bn and £17.9bn within the scheme's 2020 valuation. It had been proposed that contribution rates would need to double to cover the growing hole in funding, and this followed a 2017 suggestion to close the section to future accrual.

UCU said the proposal would involve significant cuts to members' potential benefits through the possible introduction of a £40,000 cap on pensionable salary within the defined benefit (DB) section, an indexation cap, and a cut of the accrual rate to 1/85.

The union's adviser First Actuarial modelled a 35% loss to retirement benefits for a typical USS scheme member, aged 37, on a £42,000 lecturer's salary. UCU previously described the proposal as a "Public relations exercise readying the ground for further cuts" and has now said strike action is "inevitable".

UCU has been pushing for the "flawed" 2020 valuation and its assumptions to be abandoned and replaced with a "moderately prudent" 2021 analysis, noting criticism of the 2020 approach from both First Actuarial and Aon - UCU and UUK's advisers.

They particularly noted that the valuation was conducted as at 31 March 2020, around the nadir of stock markets during the onset of the pandemic. The Pensions Regulator (TPR) had given some flexibility to schemes in choosing their valuation date, but warned against "cherry-picking" more favourable dates.

Previously responding to this criticism, the scheme had said continuing with the valuation was the "most measured response because we now expect investments to produce less income than we assumed in the past, which means our members' pensions are at risk of being underfunded".

UUK recognised the concerns over the valuation, but said the proposal accepted by the majority of the JNC was the "least bad compromise possible".

"The employers' proposal for reforms is an alternative to the USS trustee's proposed unaffordable contribution rates for scheme members and employers, which would have caused considerable disruption for members and risks forcing more people to leave the scheme," the spokesperson added.

"UUK's package of reforms averts damage to the student experience, and job losses and recruitment freezes because additional money from teaching and research budgets would have to go towards even higher pension costs."

UCU went on to warn that the proposals would price out younger members and embed a systemic risk of reducing active contributions, thereby threatening the "viability of the scheme".

General secretary Jo Grady said it was disappointing that UUK had not backed UCU's calls for a new valuation and "refused to allow time to consult universities on UCU's proposals", which she said were "far superior".

"UCU's proposals would have provided a safe and equitable stop-gap solution until a new valuation is carried out, which should be at the earliest opportunity," she continued.

"Sadly employers have chosen to use a flawed valuation conducted at the start of the pandemic to rush through cuts to members' pensions.

"Unless employers allow for a rapid consultation on our proposals with a view to revoking their decision today, the path looks inevitably to lead to industrial action - and that is the responsibility of UUK."

UCU said the only "realistic way" to avoid strike action was to conduct a rapid consultation on covenant support and its proposals. The union has now emailed more than 50,000 USS institution members inviting them to a mass member meeting on next steps and preparation for balloting and strike action.

Lack of understanding is hindering contributions 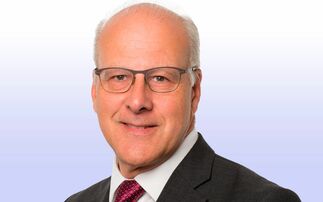 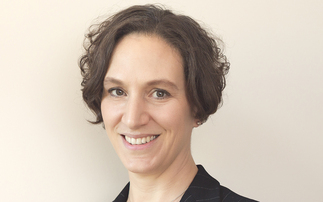 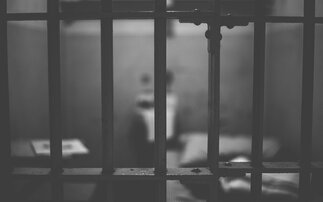