Overfunding is at its highest since 2007 on a section 179 basis, PPF index reveals 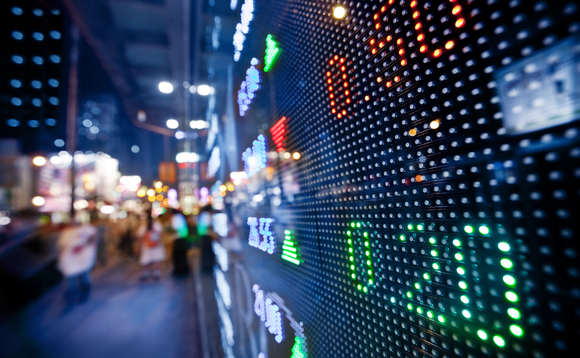 The aggregate surplus of the UK's defined benefit (DB) schemes surged to over £100bn for the first time since 2007, according to the Pension Protection Fund (PPF).

On a section 179 basis, schemes were overfunded by £108.8bn at the end of September on a combined basis, with the position having improved by £25.6bn since August.

However, chief finance officer and chief actuary Lisa McCrory warned: "The improving position was mainly as a result of rising gilt yields which caused both assets and liability values to fall.

"The continued volatility of gilt yields along with rising inflation acts as a reminder to trustees of how quickly scheme funding can change and the need to keep their investment and risk mitigation strategies under review."

The DB:UK tracker estimates pension scheme funding positions based on a discount rate of gilts plus 0.5% and takes into account the monthly impact of factors including inflation and gilt yields.

Over the course of the month, XPS said liabilities had increased by £58bn due to inflation, but also fallen by £146bn as a result of rising gilt yields.,

"Pension schemes will be concerned about the ability of markets to keep pace if inflation reaches very high levels, particularly if interest rates are raised early to combat prevailing inflationary fears," he continued.

"Pension schemes should be exploring how they can adjust their portfolios to hedge against inflation risk. In addition, schemes may also want to consider how to protect their growth portfolios, such as by incorporating more real assets with contractual inflation-linkage."

Senior consultant Charlotte Jones added: "At the moment the changes in market conditions have slightly shortened our expectation of when schemes will meet their long-term funding targets. While any rise in inflation will increase the value of the liabilities, most schemes will be protected from extreme rises in inflation as it is likely that any scheme benefits linked to inflation will be capped at certain levels."

FTSE 350 schemes saw a £40bn fall in both assets and liabilities on an IAS 19 basis according to Capita.

The consultancy's monthly tracker recorded a deficit of £40bn, broadly the same as last month, with assets and liabilities recorded at £790bn and £830bn respectively on 30 September.

Head of corporate consulting Tim Rimmer said, however, the long-term picture was positive: "Looking ahead for December reporters, the current position results in aggregate deficits only 40% of what they were at December 2020.  This will be good news for those companies looking to see an improved balance sheet at the end of full-year 2021.

"However, with rising inflation, uncertainty in the investment markets and the potential for further global disruption it is difficult to predict where we will be by the end of the year. Regular scheme monitoring can mitigate some of these issues through effective and proactive decision making."

FTSE 350-sponsored defined benefit (DB) schemes saw a £1bn increase in their funding deficit on an IAS 19 basis during September, according to Mercer.

The consultancy's monthly funding index reported an £88bn estimated shortfall as of 30 September, as assets dropped by £40bn to £807bn while liabilities fell by £39bn to £895bn.

The overall funding level deteriorated by 50 basis points to 90.2%.

But Mercer also noted that the deficit varied from between £82bn and £103bn over the course of the month.

UK wealth trustee leader Tess Page commented: "This month's FTSE 350 numbers reinforce the variability still inherent in scheme funding positions. It was a choppy month for funding levels which highlighted that schemes with the right governance processes have to lock in funding gains when they can, by taking risk off the table."

Defined benefit (DB) scheme surpluses remain at £20bn on a scheme-specific basis, although assets and liabilities both dropped by £40bn over the course of September, PwC says.

The professional services firm's monthly index recorded the overfunding after estimating assets at £1,810bn and liabilities at £1,790bn - with the funding level also remaining static at 101.1%.

On its adjusted funding basis - which incorporates strategic changes to higher-return, income-generating assets and different longevity assumptions - the surplus fell by £10bn to £190bn, with liabilities recorded at £1,620bn. On this basis, the funding level fell by 40 basis points to 111.7%.

PwC global head of pensions Raj Mody said: "Our funding index shows that pension schemes on the whole remain in a good position. But even well-funded schemes need to have the right strategies to stay in good health. Recent inflation figures will remind sponsors and trustees of the importance of positive real returns on their asset portfolios."

But with demand for index-linked gilts having driven up prices and pushed real returns into negative territory, liability figures are misleadingly impacted, PwC said.

Pensions actuary Laura Treece said forecasting inflation using market predictions was not "very reliable" and that sponsors and trustees should review their forecasts and assumptions.

"A more accurate understanding would help schemes avoid taking unnecessary risk, or tying up extra cash. These schemes might be closer to their ‘endgame' than they realise.

"If their strategy includes transferring to an insurance company or DB consolidator, this also means fewer years of paying running costs, and securing member benefits sooner than expected."