The best read features in 2019

1) The Big Read: The Inside Story Of The BHS Schemes' Journey To Buyout

The story of BHS was one of both outrage and happy endings. Earlier this year, James Phillips spoke to trustee chairman Chris Martin and his advisers about the scheme's endgame journey.

The Professional Pensions Administration Survey 2018 revealed the rankings of the best third-party administrators and software providers for pension schemes.

In this article, Jonathon Land argued 'wait and see' is no longer an option and trustees should be proactive to ensure they are on a robust footing ahead of the initial 29 March Brexit deadline.

The second year of reporting of gender pay gaps came to an end in April this year. James Phillips looked at the biggest gaps and the best improvements across pension related firms with more than 250 members of staff.

The challenges for small pension funds to buy out their liabilities are well-known. A solution has emerged and is set to become popular across the DB universe, according to Stephanie Baxter.

A panel of industry professionals, led by Stephenson Harwood, discussed how the quarterly trustee meeting can be improved. James Phillips explored the suggestions given by a panel of experts.

Six years after British Airways launched legal action against the trustees of its Airways Pension Scheme for unilaterally awarding a discretionary benefit to members, PP rounded up the key history of the case.

8) How wearables will disrupt life expectancy

There is a wide range of possible life expectancy disruptors. PwC's Paul Kitson looked at how one of these, wearables, could impact schemes.

In this webinar, panellists discussed some of the key questions around defined benefit consolidation, including what it is trying to achieve and the suitability of various models.

10) How schemes should be acting after CMA review

As pension schemes were grappling with new fiduciary management and investment consulting rules which came into force this year, Charlotte Moore asked what trustees needed to do to ensure their practices were in line with the order's requirements.

Mega-deals have dominated the buy-in and buyout market this year, limiting insurer appetite for smaller transactions. John Breedon looked at how small schemes can get ahead for next year.

12) Beyond authorisation: What lies ahead for master trusts?

As authorisation ended for existing schemes in November, Kim Kaveh reflected on the process and asked what the future holds for ongoing supervision from The Pensions Regulator.

The various potential routes for the government to respond to the McCloud judgment will mean some members lose out, Moira Warner wrote, after the government was denied permission to appeal earlier rulings on firefighter and judicial pensions.

14) How diverse are trustee boards at master trusts?

Many master trust boards lack diversity, yet the ultimate goal should be to achieve cognitive inclusion to represent a large cohort of DC members, Kim Kaveh wrote, ahead of the conclusion of authorisation for existing schemes.

15) How to improve gender diversity in pensions

More women are working in the industry but there is still a way to go, particularly at the senior level. In this roundtable, panellists discussed how to achieve a better gender balance.

16) What does the future hold for NEST?

Kim Kaveh spoke to industry experts about what could be in store for the UK's default auto-enrolment provider.

17) The potential pitfalls of a buy-in

While buy-ins can provide an immediate reduction to liability values, schemes run the risk of retaining key risks and storing up problems, according to Jos Vermeulen.

Michael Johnson compared a pension pot with a Lifetime ISA from the perspective of a millennial.

19) Is your scheme really buyout ready?

Jane Kola looked at what pension funds can they do to improve their chances of concluding a successful deal on good terms.

20) How schemes are bracing for AE contribution rate hike

Ahead of the AE contribution rates rise to a minimum of 8% in April, Kim Kaveh spoke to four master trusts about their preparations for a potential change in member behaviour.

The top pensions news articles in 2019 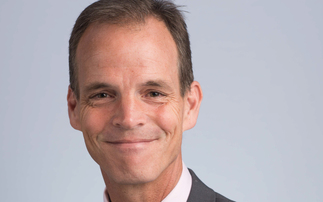 Sending all statements together will lead to call centre problems, says Kevin Martin 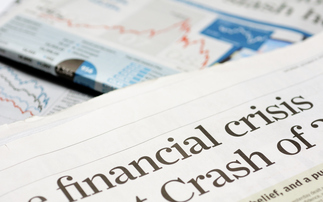 Industry Voice: Not another financial crisis

The nature of the post-Covid economic recovery is different from the post-financial crisis period and, as such, it is likely to have consequences for how DC investment strategies will need to be positioned to navigate this new phase. 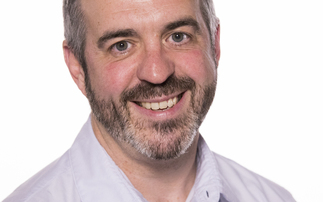